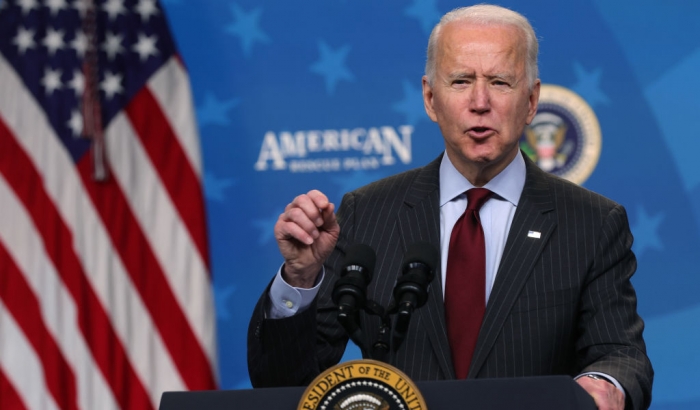 The Biden administration is reportedly proposing reorganizing Immigrations and Customs Enforcement (ICE) in a move that would drastically cut down on deportations of illegal immigrants.

Homeland Security Secretary Alejandro Mayorkas outlined the proposal in a call last week with ICE officials in Texas. Mayorkas suggested shuffling thousands of immigration agents into investigative roles that would focus on criminal activity other than immigration violations, according to The Washington Times.

“This is an administrative abolishment of ICE as we currently know it,” an anonymous source told the Times in a Sunday report.

The Biden administration plan would take thousands of federal agents out of the roughly 6,000 currently tasked with enforcing immigration law out of their jobs and reassign them as investigators. Roughly 7,000 federal agents currently work on ICE investigations into criminal conduct not including illegal immigration, according to “top officials at the agency” cited by The Washington Examiner.

Last month at his confirmation hearing, Mayorkas told senators that he believed ICE should not be abolished despite pressure on the Biden administration to do so by progressive lawmakers and activists. He was confirmed on February 2 in a 56-43 vote, facing stiff opposition from Republicans in the Senate. Just six Republicans supported his nomination.

Read full story
Some content from this outlet may be limited or behind a paywall.
Homeland Security, DHS, Joe Biden, Alejandro Mayorkas, ICE, Immigration