Behind NRA’s fall, the high cost of betrayal

Gun Control and Gun Rights, NRA, Second Amendment
Save for Later
Add to My Front Page
From The Center 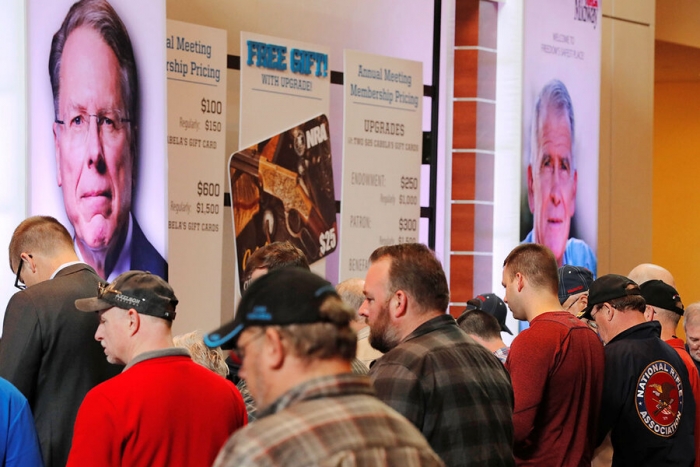 The NRA thought it was a political kingmaker, but its power always came from the passion of its members. When it forfeited their trust, the mighty organization collapsed.

Usually a display of unity, the weekend-long event had become ground zero for an internal power struggle between Mr. North and longtime NRA leader Wayne LaPierre. Mr. North had lost, but, to Mr. Chapdelain, the NRA had as well.

Read full story
Some content from this outlet may be limited or behind a paywall.
Gun Control and Gun Rights, NRA, Second Amendment

NEWS
Can Americans Buy 'Whatever You Want' Without a Background Check at a Gun Show?
The Dispatch

President Joe Biden is trying to limit "ghost guns" and make it easier for people to flag family members who shouldn't be allowed to purchase firearms with a...

In the wake of two mass shootings in the U.S. in a single week, the White House said Friday that President Biden is prepared to issue executive orders to enact...

The 21-year-old accused of gunning down 10 people, including a police officer, at a King Soopers grocery store in Boulder, Colorado, on Monday made his first...

In 2002, the brutal beating of a junior by his classmate at Morehouse College, in Atlanta, made national headlines. The case marked Georgia’s prosecutorial...

The shooting of eight employees at a FedEx facility in Indianapolis on Thursday is evidence of an epidemic of gun violence in the United States and underscores...

The National Rifle Association's battle to keep itself in bankruptcy court is heating up, just as President Biden escalates his efforts to tackle gun violence...

President Biden on Thursday decried the epidemic of gun violence in America as an "international embarrassment" as he rolled out a series of executive actions...

President Biden is expected to announce one or more executive actions on Thursday putting restraints on the availability of certain firearms after a recent...

Can Democrats end the decades-long impasse on gun control?

The recent mass shootings in Boulder, Colo., and the Atlanta area that led to a total of 18 deaths have reignited the debate over gun control in Washington...

Can Americans Buy 'Whatever You Want' Without a Background Check at a Gun Show?
FACT CHECK

During a speech detailing his plans for new gun control actions, President Joe Biden said, “Most people don’t know: If you walk into a store and you buy a gun...

The administration’s pointless and politically obtuse announcement will do nothing but rile up gun owners. Unable once again to resist the left flank of his...

President Biden on Thursday announced a set of executive actions and legislative proposals on gun control, saying that gun violence is "a public health crisis...