Education, Schools, Facts and Fact Checking, Life during covid-19
Save for Later
Add to My Front Page
From The Right 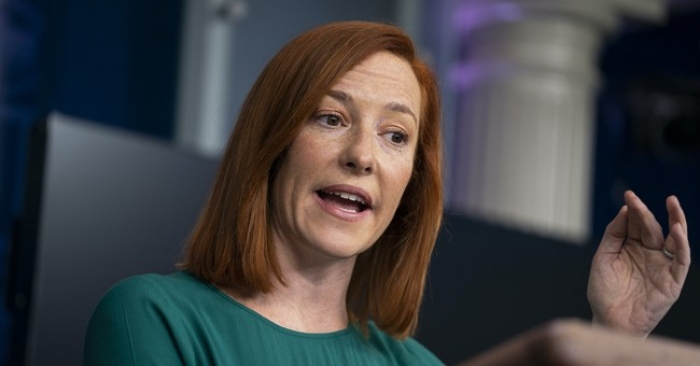 White House press secretary Jen Psaki told the media about a week ago that the administration's goal is to have at least 50 percent of schools open one day a week by President Biden's 100th day in office. Asked to elaborate during a CNN town hall on Tuesday night, Biden said that was a "mistake" in communication.

“The goal would be five days a week,” Biden told Anderson Cooper.

An education reporter watching the town hall shared her confusion on Twitter.

NEWS
Should school lunches be free for all? A pandemic experiment.
Christian Science Monitor

NEWS
The Biggest Problem for America’s Schools
The Atlantic

Brian woods has seen a lot in his nearly 30 years as an educator in the Northside Independent School District, in San Antonio. Tornadoes and storms have...

Harvard punishes professor who had ties to Jeffrey Epstein

A Harvard University professor who had close ties with Jeffrey Epstein and is accused of giving the disgraced financier an office on campus will be barred from...

Veronica Bonifacio Penales, a sophomore at Baylor University, a Baptist college in Waco, Texas, said she can be out as queer on campus, but that doesn’t mean...

President Biden’s economic advisers are preparing to recommend spending as much as $3 trillion on a sweeping set of efforts aimed at boosting the economy,...

Should school lunches be free for all? A pandemic experiment.

Will your student loans get cancelled after the U.S. Department of Education reviews them? Here’s what you need to know. Student Loans President Joe...

College affordability, loan forgiveness, and a path to the future

If Americans agree that college is the path to financial stability, what is the best way to help people afford to go? Richelle Brooks knew that college was...

As the coronavirus that causes COVID-19 evolves, school leaders’ work to track and mitigate outbreaks in schools will have to adapt to keep up. The Centers...

President Joe Biden just cancelled $1.3 billion of student loans, and his plan for student loan cancellation is becoming clear. Here’s what you need to know...

Latino activists are pushing to keep former president Barack Obama’s name off a school building in Illinois over his broken promises on immigration as the...

The University of Southern California has agreed to an $852 million settlement with more than 700 women who have accused the college’s longtime campus...

As foreshadowed last week, the Centers for Disease Control and Prevention (CDC) Friday morning shortened its recommended distance between K-12 students from...