'Fossil fuels are the only thing that saved us': Dan Crenshaw replies to leftists mocking massive electric grid failure in Texas

Energy, Disaster, Texas, sustainability, Fossil Fuels, Environment
Save for Later
From The Right 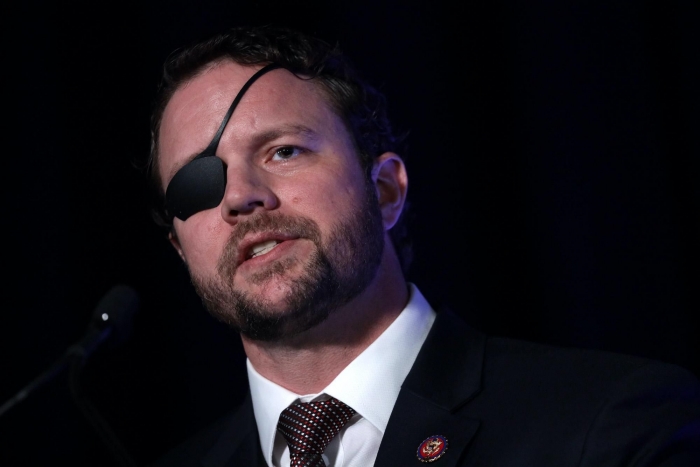 Republican Rep. Dan Crenshaw of Texas drafted a refutation of what he said were "leftists" on social media mocking his state for the massive electric grid failure in the face of a historically brutal snow storm.

Crenshaw addressed the mockery made by some who blamed the infrastructure failure on Republican policies.

"With blackouts across Texas, many are wondering: what happened? Leftists are cheering a 'red state' having energy problems. Here's the truth about what happened," Crenshaw tweeted.

"A mix of over-subsidized wind energy and under-investment in gas power means we...

NEWS
Why the US isn’t ready for clean energy
Vox

With the rise of digital and online learning, how do we ensure students’ physical health?

Why the US isn’t ready for clean energy
ANALYSIS

In the near future, the energy made in the US is going to be much greener. The country’s current goal is for solar plants alone to make nearly half of US...

Most plans for new coal plants scrapped since Paris agreement

The global pipeline of new coal power plants has collapsed since the 2015 Paris climate agreement, according to research that suggests the end of the...

In a city gone dark, the St. Peter Apartments were a bright spot. After most of New Orleans’ power went out over the weekend, the 50-unit affordable housing...

‘They said we were eccentrics’: the UK team developing clean aviation fuel

This row of brick sheds, locked away down overgrown country lanes in Bedfordshire, feels a long way from the glossy boardroom presentations about sustainable...

Climate doubters lose one of their last remaining arguments
OPINION

The United Nations’ Intergovernmental Panel on Climate Change is the keeper of the expert consensus on global warming, issuing a painstaking,...

Dawn of the electric vehicle age? One car shopper’s experience.

Seated for the first time in an electric car – a Ford Mustang Mach-E so new it doesn’t have a sticker price yet – Mary Beermann has a broad grin on her face....

President Biden signed an executive order last week setting a target for zero-emissions vehicles to make up at least half of all cars sold in the...

NYC Will Invest $75 Million in Electric Vehicles and Charging Infrastructure

The New York City mayor announced on Wednesday a new $75 million investment in state electric vehicles and charging infrastructure as a part of a bigger...

How Manufacturers Are Modifying Processes to Conserve Water

The appeal for green is growing: among Americans, 77 percent say they are concerned about the environmental impact of the products they buy, according to a...

Biden Administration Releases Plan to Shift Half of U.S. Energy to Solar by 2050

The Biden administration on Wednesday released an outline mapping out how the U.S. could produce half of its electricity using solar power by 2050 —...

The Interior Department announced Monday that it would resume new oil-and-gas leasing on public lands to comply with a federal court order, but...