Violence in America, Criminal Justice, Portland
Save for Later
Add to My Front Page
From The Center 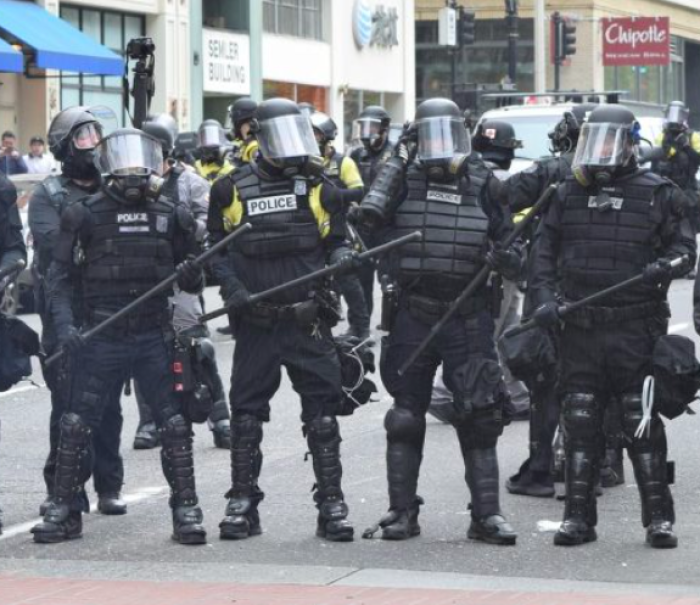 In Portland, Oregon, protesters vandalized and attempted to break into a police union building Feb. 10.

Many of the on-duty city police officers were rerouted to the Portland Police Association building after protesters tried breaking the door down.

The rise of domestic extremism in America

Data shows a surge in homegrown attacks not seen in a quarter-century. Domestic terrorism incidents have soared to new highs in the United States, driven...

Police shot and killed a Black man on Sunday during a stop for a traffic violation, sparking protests and unrest in a suburb just miles away from where George...

Did George Floyd say he ‘ate too many drugs,’ as Derek Chauvin's defense claimed?
ANALYSIS

The legal defense for Derek Chauvin, the former Minneapolis police officer on trial for murder in the death of George Floyd, tried unsuccessfully to get two...

Understaffed and overtaxed, Capitol Police reeling from trauma of body and mind

Last week’s attack on the Capitol Police is spiking fears among lawmakers about the mental health toll 2021 has exacted on the officers asked to protect them...

Chauvin's use of force on George Floyd was 'in no way' policy, says police chief

The Minneapolis police chief, Medaria Arradondo, told the Derek Chauvin murder trial on Monday that he “vehemently disagrees” that there was any justification...

A curfew was lifted early Monday after the fatal police shooting of 20-year-old Black man during a traffic stop triggered a night of protests. Daunte Wright...

One person was killed and three others were injured in a shooting Saturday at a convenience store in Missouri. The Missouri State Highway Patrol confirmed...

Since the deadly Jan. 6 insurrection at the U.S. Capitol, former President Donald Trump and his Republican allies have pushed false and misleading accounts to...

Emotional eyewitness accounts, lots of video: Here's what we learned in the first week of...

That's a wrap on the first week of witness testimony in the murder trial of former Minneapolis police officer Derek Chauvin, charged in the death of George...

Portland ICE building burns amid another night of violent protests

A US Immigration and Customs Enforcement facility burned during a Saturday night protest in Portland, Ore., that ended with federal agents shooting pepper...

Slain Officer Will Lie In Honor In The Capitol Rotunda

The police officer killed during an attack at the Capitol Friday will lie in honor in the Capitol’s Rotunda on April 13, according to a statement. William “...

Less than a majority of respondents are so far convinced that former Minneapolis cop Derek Chauvin should be found guilty of killing George Floyd last Memorial...

The United States Capitol was locked down on Friday due to an "exterior security threat" after a car rammed into a barrier on the Senate side of the complex....