US Senate, GOP Senators, Impeachment, Donald Trump, Politics
Save for Later
From The Left 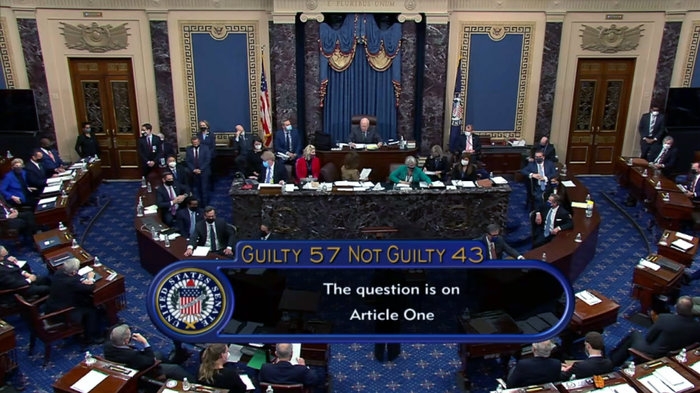 A majority of senators voted Saturday to convict former President Donald Trump on an impeachment charge of inciting an insurrection at the U.S Capitol.

But the Democrats' side needed 17 Republicans to join them in order to reach the two-thirds threshold needed to convict.

Seven GOP senators voted with Democrats — the most bipartisan impeachment vote in U.S. history — but well short of the 17 needed to convict the former president.

Of those seven Republicans, two are retiring and only one — Alaska's Lisa Murkowski — faces her state's...