A timeline of what Donald Trump said before the Capitol riot

ethnicity and heritage, Capitol Chaos, Politics, Donald Trump, Impeachment
Save for Later
From The Center 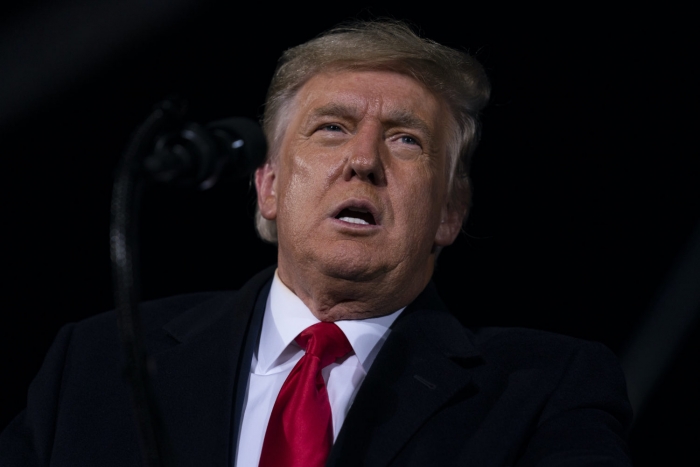 In the weeks leading up to the Jan. 6 riot at the Capitol, President Donald Trump repeatedly said he wanted his supporters to fight Congress on accepting the electoral college results that showed Joe Biden won.

“We’re going to walk down to the Capitol, and we’re going to cheer on our brave senators, and congressmen and women,” Trump told his supporters shortly before the Capitol assault. “We’re probably not going to be cheering so much for some of them because you’ll never take back our country with weakness. You have to show strength, and you have to be strong.”

Trump’s supporters had gathered earlier in the day for the “Save America” rally organized by a group called “Women for America First.” Trump allies, including former campaign staffers, helped promote the event, ABC News reported. Trump’s White House schedule showed he was to speak at the rally that day.

More News about Ethnicity and Heritage from the Left, Center and Right

Latino groups want to do away with “Latinx”
Axios

Analysis
Hate crimes against Asian Americans: What the numbers show, and don’t
PolitiFact

News
A string of attacks against Asian Americans has rattled California's Bay Area. This group of volunteers is taking action.
USA TODAY

News
Biden Would Support a Study of Reparations, Press Sec Says, Dodging Question of If He'd Vote for Bill
Newsweek

News
The Black church is having a moment
CNN (Online News)

Analysis
Instead of a Crisis, Can Biden Treat an Immigration Surge as an Opportunity?
Mother Jones

News
Trump Gains Ground Among Minority Voters, but Loses Some With Whites
The Daily Signal

News
Why did Democrats come up short with Latino voters?
Yahoo! The 360

Opinion
Not All Identities Are Created Equal
Quillette

Opinion
How to Build a Multiracial Movement
The Atlantic