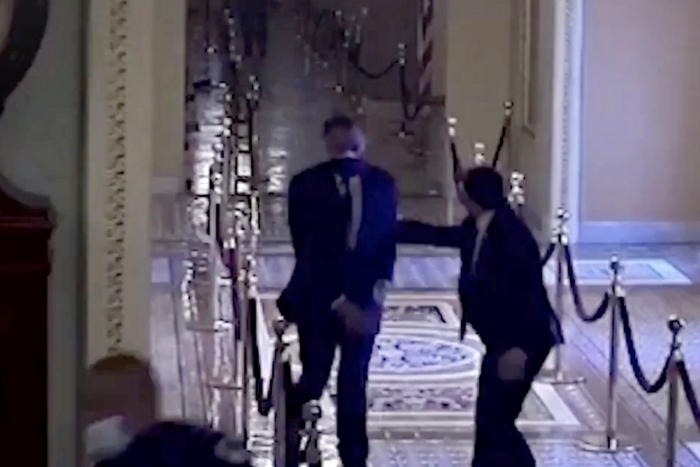 Sen. Mitt Romney is praising Capitol Police Officer Eugene Goodman for directing him to safety during the Capitol riot after video of their encounter emerged during former President Donald Trump’s second impeachment trial.

Speaking to reporters Wednesday after seeing the footage, Romney (R-Utah) first reacted by saying, “I look forward to thanking him when I next see him. I was very fortunate indeed that Officer Goodman was there to get me in the right direction.”

Later that day, the 2012 GOP presidential nominee was seen speaking to Sens. Rob Portman (R-Ohio) and Ron Johnson (R-Wis.) in the Senate chamber when he pointed to Goodman, who happened to also be there.