Americans far more likely to say evangelicals will lose influence, rather than gain it, under Biden

Religion and Faith, Joe Biden
Save for Later
Add to My Front Page
From The Center 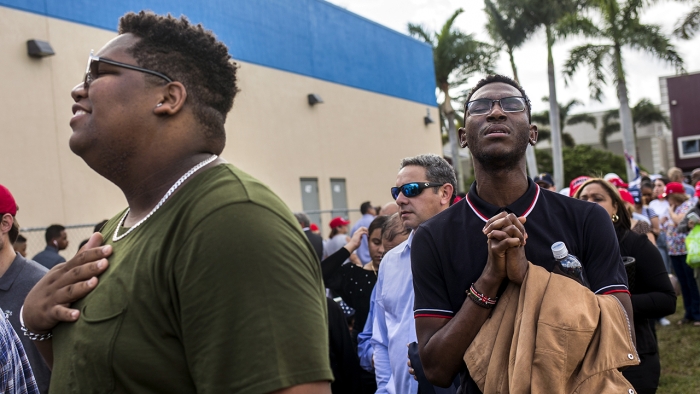 Majorities of Republicans and White Protestants expect evangelicals to lose clout under Biden
Most of the remainder (39%) say evangelical Christians will not be affected by the change in administrations.

Pope urges hope amid ‘darkness’ of pandemic in Easter vigil

Pope Francis urged his coronavirus-weary flock to not lose hope even through the continued “dark months” of the pandemic as he celebrated a scaled-back Easter...

Lil Nas X’s new single, “Montero (Call Me By Your Name),” is the talk of the internet. As planned. The sexual themes and imagery in the song’s lyrics and...

Veronica Bonifacio Penales, a sophomore at Baylor University, a Baptist college in Waco, Texas, said she can be out as queer on campus, but that doesn’t mean...

Just 47 percent of Americans say they are members of a church, synagogue, mosque or other house of worship, according to a new survey released by Gallup late...

A new Pew Research survey found that only 27% of adults in the U.S. planned on attending an in-person Easter service this year, a 17 point drop from a group...

Pope Francis in his traditional Easter Sunday address denounced as “scandalous” how armed conflicts continue to rage even as the coronavirus pandemic has...

As coronavirus cases, hospitalizations and deaths decline and vaccination rates rise across the United States, life in religious congregations is showing signs...

Americans Must Never Throw in the Towel
OPINION

As we survey our rotting cultural and political landscape, it is tempting, from a worldly perspective, to lose hope for our way of life and our nation. As...

1. Money is a construct. It can be created from thin air. Annual deficits and aggregate national debt no longer matter much. Prior presidents ran up huge...