The 6 Senate Republicans to watch on impeachment

Impeachment, Impeachment Trial, GOP Senators
Save for Later
From The Left 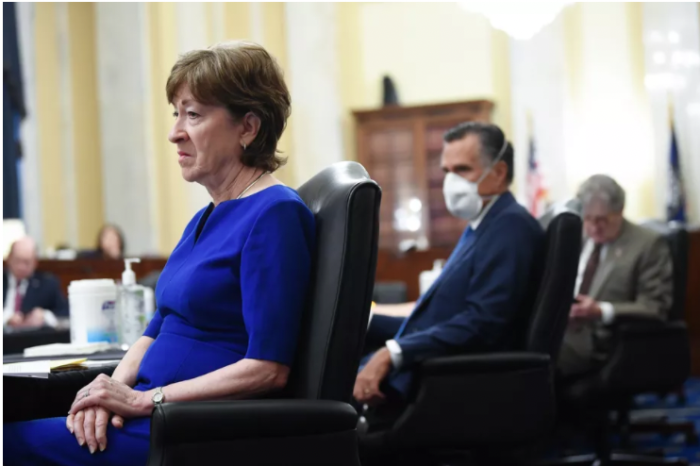 When it comes to this week’s impeachment trial, the Senate Republican conference is poised to stay pretty united, barring a handful of exceptions. Most Republicans, after all, have signaled that they won’t vote to convict former President Donald Trump, while only a few have indicated an openness to considering it.

During a vote on the constitutionality of the proceedings a few weeks ago, five Republican senators joined Democrats to affirm that they believed the trial should be allowed to move forward. Those lawmakers — Sens. Mitt Romney (R-UT), Susan Collins (R-ME), Lisa Murkowski (R-AK), Pat Toomey (R-PA), and Ben Sasse (R-NE) — are seen as the most likely to potentially support conviction. Sen. Bill Cassidy (R-LA) joined them in another vote on the constitutionality question at the start of the trial Tuesday, saying afterward he was unimpressed by the Trump team’s arguments.

The bulk of the party, however, is either maintaining that the trial itself is unconstitutional (a position most legal scholars disagree with) or arguing that Trump’s actions are not enough to merit impeachment. “I think I’m ready to move on. I’m ready to end the impeachment trial, because I think it’s blatantly unconstitutional,” Sen. Lindsey Graham (R-SC) said during a recent interview on CBS.

Unlike Graham, some of the 44 Senate Republicans who voted to dismiss the trial on constitutional grounds have indicated that they intend to hear out the evidence before making a final decision. Even so, it’s unlikely that 17 Republicans will be convinced to vote with Democrats, the number needed to hit the 67-member threshold required for Trump’s conviction.

“The outcome is really not in doubt,” Graham noted.

Despite this, House impeachment managers hope to sway at least some Republicans, and intend to use a combination of video and social media evidence to demonstrate how Trump incited the insurrection at the Capitol on January 6, an attack during which five people died. The final votes on conviction will reveal not only how much Republicans are convinced by this argument but also how willing they are to publicly distance themselves from Trump.