Impeachment, Impeachment Trial, 2024 election
Save for Later
From The Left 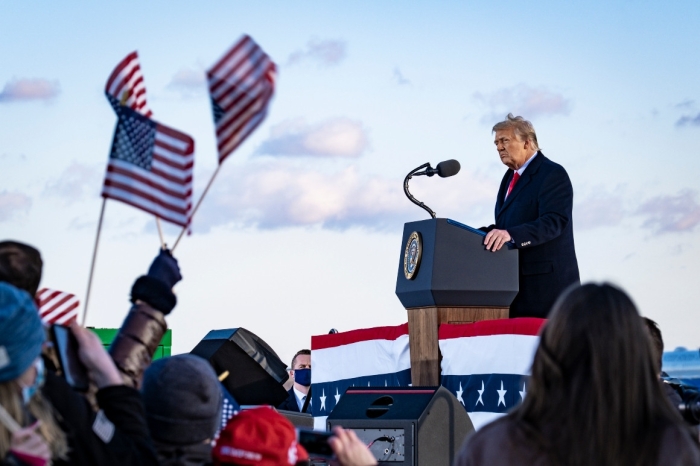 Donald Trump’s acquittal in his impeachment trial is all but a sure thing.

What’s still unsettled is how the Republican senators seeking to take his place in the 2024 presidential primary will navigate the minefield before the verdict is official.

Torn between demands of the GOP’s pro-Trump base and traditionalists mortified by Trump’s post-election behavior, senators like Ted Cruz, Josh Hawley, Marco Rubio and Tom Cotton will be forced to strike a balance. That means calibrating their defense of Trump for a primary electorate whose level of devotion to the former president three years from now remains unknown.

Their effort will be complicated by one obsessive viewer, in particular: Trump, with his hair-trigger sensitivity to criticism and a political operation that has already threatened to punish Republicans who suggest he has any culpability whatsoever in the deadly Jan. 6 Capitol riot that led to his second impeachment.

“I think most of them are going to do everything they can to avoid having to comment,” said Bob Heckman, a Republican consultant who has worked on nine presidential campaigns, including Sen. Lindsey Graham’s in 2016. “I think the Republican Party is still trying to figure out how do we navigate a post-Trump world where we appeal to Trump voters and the Trump coalition but don’t turn off suburban voters. And I don’t think anyone’s come up with that formula yet.”

At least half a dozen senators — and perhaps more — could credibly be considered potential presidential candidates in 2024. And though nearly every one of them is expected to vote to acquit Trump, the strategic approach they take to his trial will offer the clearest window yet into their assessment of the GOP’s post-Trump landscape — and how they plan to maneuver within it.

Analysis
The 6 Senate Republicans to watch on impeachment
Vox