US Congress, Impeachment, Capitol Chaos, Donald Trump, US House, Democratic Party, US Constitution
Save for Later
From The Right 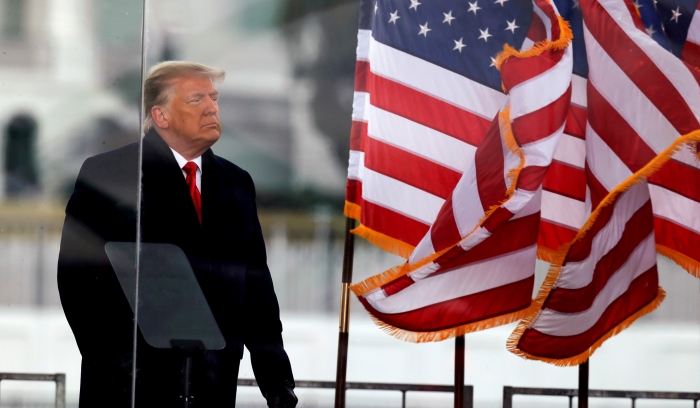 House impeachment managers released a memo on Monday rebutting the Trump legal team’s claim that an impeachment trial would be unconstitutional.

The House voted to impeach former President Trump on January 13 for “incitement of insurrection,” accusing the former president of encouraging a mob of his supporters to amass at the Capitol on January 6 to prevent lawmakers from certifying President Biden’s electoral college win. The mob breached the building and forced lawmakers to evacuate, and five people died in the ensuing riot and its aftermath.

Read full story
Some content from this outlet may be limited or behind a paywall.
US Congress, Impeachment, Capitol Chaos, Donald Trump, US House, Democratic Party, US Constitution