Is it constitutional to hold an impeachment trial for a former president?

US Constitution, Impeachment, Donald Trump
Save for Later
From The Left 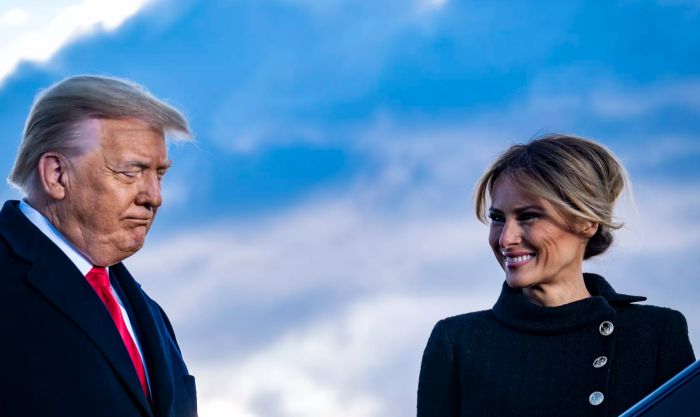 No one knows whether the Constitution permits the Senate to hold an impeachment trial for former President Donald Trump, now that he no longer holds office.

To be sure, there is a bevy of legal scholarship discussing this question. And, as a recent report by the nonpartisan Congressional Research Service notes, “most scholars who have closely examined the question have concluded that Congress has authority to extend the impeachment process to officials who are no longer in office.”

But while the Constitution mentions impeachment six times, the text of the document provides little clarity on whether the Senate’s power to try an impeached official terminates when that official leaves office.

The question of whether Trump can still be convicted by the Senate matters because the Constitution permits an impeached official to be permanently disqualified from holding office. So, if Trump can face an impeachment trial, the Senate could potentially forbid him from running for president again in 2024 — or in any subsequent election.

NEWS
Is the U.S. Constitution fit for the 21st Century?
The Debate

News
The Reawakening of the Black Gun-Rights Movement
Reason

Fact Check
Does Amy Coney Barrett Want to ‘End the Separation of Church and State’?
The Dispatch

News
The Role of Voting in American Politics
JSTOR Daily

News
The 100th Anniversary of the 19th Amendment
Abridge News

Opinion
A Free America Is Never About Comfort
Newsmax - Opinion

News
What does the lawsuit against the NRA mean for gun rights?
Yahoo! The 360

News
Should D.C. be a State?
The Thread

News
The Role of the Filibuster
Abridge News

News
Trump can’t delay elections. So why is he suggesting it?
Yahoo! The 360

News
Trump Proposes Election 'Delay': Here's What the 20th Amendment to the US Constitution Says
CBN

News
Should there be more limits on presidential pardon power?
Yahoo! The 360

Fact Check
Is It Illegal for Businesses to Refuse to Accept Cash?
The Dispatch

News
Joy Behar mocks Americans for thinking they're 'independent': 'We are a complete nation of sheep'
Fox News (Online News)

Fact Check
Did George Floyd Protesters Deface the Statue of an Abolitionist?
Snopes

News
Can a ‘law and order’ message carry Trump to reelection?
Yahoo! The 360