‘Your Question is a Waste of Time’: Nancy Pelosi Snaps at Reporters Asking About Impeachment, Greene Expulsion

Media industry, Nancy Pelosi, Impeachment
Save for Later
From The Left 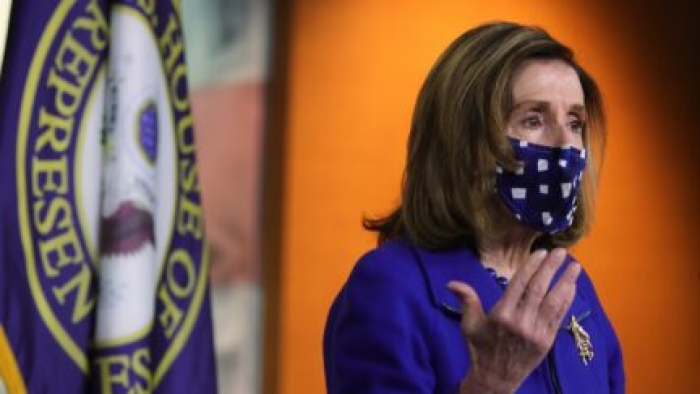 Speaker of the House Nancy Pelosi snapped at a pair of reporters who asked, in turn, about Sen. Lindsey Graham’s threat to call the FBI as a witness at Donald Trump’s impeachment trial, and about the “precedent” of expelling QAnon Congresswoman Marjorie Taylor Greene from House committees.

On Thursday morning, Speaker Pelosi held her weekly press conference, which ended in some minor fireworks when the last two questions tested her patience. First was a question about Graham’s odd threat.

Pelosi was asked “Senator Graham said that if the Democrats call any witness, that Republicans will be prepared to call in the FBI and quote ‘Tell us about people who planned this attack and what happened with the security footprint at the Capitol.’ What’s he response to that?”

“Your question is a waste of time,” the speaker curtly replied, and called on CNN’s Manu Raju.

“Are you worried at all about the precedent that you would be setting…” he began, but Pelosi cut him off.

Read full story
Some content from this outlet may be limited or behind a paywall.
Media industry, Nancy Pelosi, Impeachment