Sustainability, Transportation, Manufacturing, Business, Environment
Save for Later
From The Center 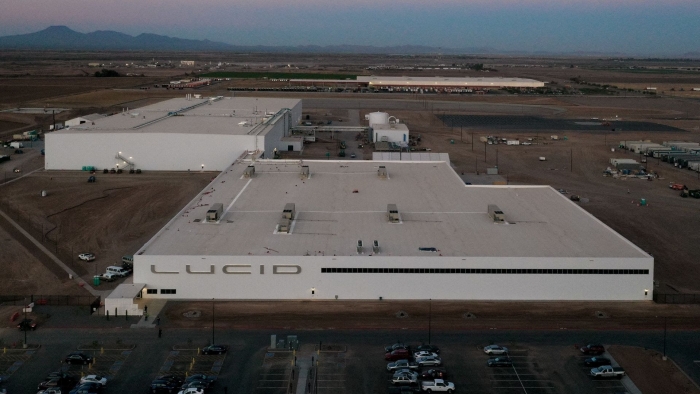 The U.S. auto industry is spreading west, with electric vehicle companies opening factories far from Detroit, in places like California, Arizona and Texas.

Why it matters: With hundreds of millions of dollars in fresh capital, along with newly issued public stock symbols, many are unproven newcomers with ambitions to become the next Tesla.

Among them is Lucid Motors, whose CEO is a Tesla alum wary of the "production hell" his former boss, Elon Musk, famously described while trying to launch Model 3.

"Why boast about something you've not done very...

Container Shipping Spot Rates Still Falling: What Will Be The New Normal?
ZeroHedge