Does a Video Show National Guard Troops Turning Their Back on Joe Biden?

Facts and Fact Checking, US Military, Joe Biden
Save for Later
Add to My Front Page
From The Right 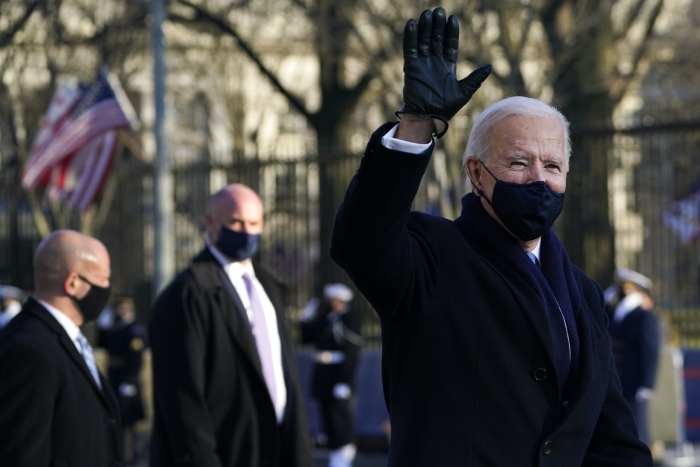 One YouTube video, featuring a 21-second clip taken from inside a vehicle along the parade route, shows members of the National Guard facing away from the vehicle.

Nahaku McFadden, a spokesperson for the National...

Read full story
Some content from this outlet may be limited or behind a paywall.
Facts and Fact Checking, US Military, Joe Biden

NEWS
Florida Gov. DeSantis and YouTube are sparring over a video takedown. Is it censorship or misinformation?
PolitiFact

Florida Gov. DeSantis and YouTube are sparring over a video takedown. Is it censorship or...

In early April, YouTube took down a video featuring Florida Gov. Ron DeSantis and a group of controversial scientists at a March 18 coronavirus roundtable. The...

President Biden has proposed a $2.3 trillion infrastructure plan, to be financed mainly by increases in corporate taxes. Here’s a guide to two misleading...

Transportation Secretary Pete Buttigieg recently kicked off a social media frenzy when he said that racism has sometimes been a part of highway planning and...

Several independent studies show strong bipartisan support for many of the main spending components of the $2.7 trillion American Jobs Plan. Still, those polls...

President Joe Biden has taken an arguably expansive view of infrastructure to justify some of the proposed spending in the $2.7 trillion American Jobs Plan....

When Brooklyn Center police fatally shot Daunte Wright on April 11, 2021, he was "on the run" from law enforcement for committing aggravated robbery.

The Facts on the Recommended J&J Vaccine ‘Pause’
FACT CHECK

Are the COVID Vaccines Experimental? Did They Skip Animal Trials?
FACT CHECK

A viral Facebook post lists “6 facts” about the three COVID-19 vaccines currently in use in the United States. These “facts” are listed as follows: “none are...

Can Americans Buy 'Whatever You Want' Without a Background Check at a Gun Show?
FACT CHECK

During a speech detailing his plans for new gun control actions, President Joe Biden said, “Most people don’t know: If you walk into a store and you buy a gun...

A widely shared tweet from April 6 claims that President Joe Biden’s administration will “resume building the wall that Trump started.” While it’s true...

Viral social media posts in the past few days have claimed that Nike is producing a limited edition run of “Satan shoes,” which incorporate demonic imagery and...