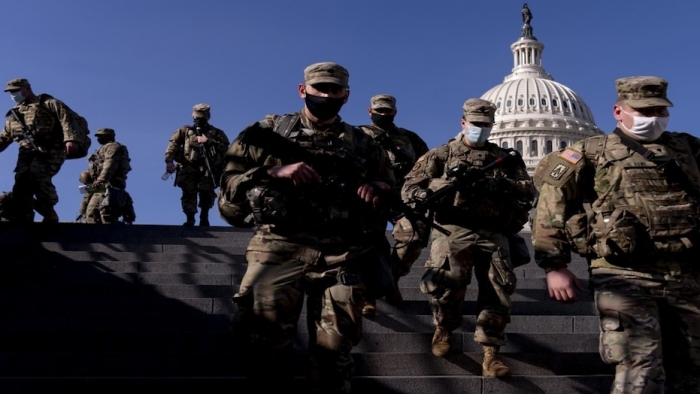 "Garage kept" may be great for classic cars -- but for National Guard members it may be disrespectful.

Reports of shabby treatment of National Guard troops at the U.S. Capitol were sparking bipartisan outrage among lawmakers and other officials Thursday -- with Texas Gov. Greg Abbott calling for the return home of his state's Guard members.

Thousands of National Guard troops from several states had deployed to the U.S. Capitol to protect Wednesday's inauguration of President Biden against threats of violence following the Jan. 6 riot.

Go ad-free! Support AllSides.
About these ads
More news about US Military
https://www.foxnews.com/politics/national-guard-break-time-in-capitol-area-parking-garage-gets-lawmakers-fuming

In context: Joe Biden’s remarks about being 'shot at' in Iraq
FACT CHECK

In a speech praising State Department employees for their dedication, President Joe Biden mentioned that he had been shot at in the past, reviving memories of...

US bombs facilities in Syria used by Iran-backed militia

The United States launched airstrikes in Syria on Thursday, targeting facilities near the Iraqi border used by Iranian-backed militia groups. The Pentagon said...

Can the Space Force repair its image and be taken seriously?

resident Joe Biden’s Department of Defense is providing a $125 million grant to Ukraine to improve the country’s ability to counter Russian aggression, the...