Facebook passes final decision to ban Trump to oversight board 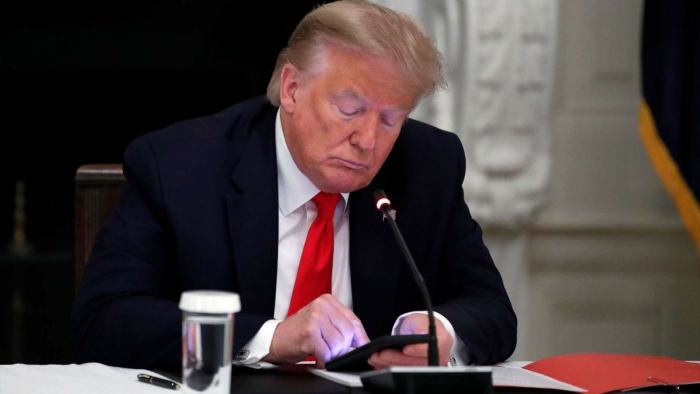 Facebook said Thursday it was referring the decision to indefinitely suspend Donald Trump's account to its newly-formed oversight board to make the final call on what will happen to the former president's accounts.

The board was created to operate independently of Facebook, though Facebook is funding it with an initial commitment of $130 million, according to a company blog post from December 2019. The board took on its first cases a year later, this past December.

NEWS
Hawley calls for breakup of Big Tech ‘oligarchs,’ companies that ‘sold us out to China’
New York Post (News)

NEWS
Is Censorship the Answer?
RealClearPolitics

India has announced new regulations for social networks and other web services in the country, particularly “significant social media” companies with large...

“Mark Changed The Rules”: How Facebook Went Easy On Alex Jones And Other Right-Wing Figures
ANALYSIS

In April 2019, Facebook was preparing to ban one of the internet’s most notorious spreaders of misinformation and hate, Infowars founder Alex Jones. Then CEO...

Is Censorship the Answer?
ANALYSIS

This February marked the 25th anniversary of Section 230, which was enacted into law as part of the Communications Decency Act of 1996. Establishing rules that...

The internet breaks too easily. Can that be fixed?

As words like “Slackopalypse” and “Zoomageddon” have crept into our workplace patois, observers are asking if critical online services have too many single...

“The Australian parliament on Thursday passed a new law designed to force Alphabet Inc’s Google and Facebook Inc to pay media companies for content used on...

Our Lack of Digital Defenses Is an Emergency
OPINION

A recent story from Florida should direct policymakers’ attention to a glaring strategic problem in American defense. In the city of Oldsmar, a small community...

President Joe Biden will sign an executive order on Wednesday aimed at addressing a global semiconductor chip shortage that has forced U.S. automakers and...

Hawley calls for breakup of Big Tech ‘oligarchs,’ companies that ‘sold us out to China’

Sen. Josh Hawley of Missouri on Friday urged fellow Republicans to support the break-up of Big Tech “oligarchs” that censor political viewpoints as well as...

Experts are skeptical of calls from both Republicans and Democrats to modify Section 230 of the Communications Decency Act of 1996. Section 230 delineates...