COVID-19 vaccine rollouts are lagging. Here's what states are doing to pick up the pace

coronavirus, Public Health, coronavirus vaccine, National Guard, US Military
Save for Later
From The Left 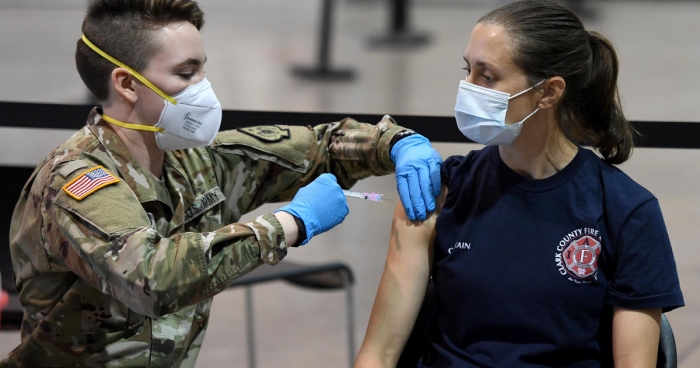 A growing number of states that have struggled to speedily distribute the COVID-19 vaccine are enlisting the National Guard for help.

Washington is the latest. Governor Jay Inslee on Monday said he would deploy the Guard to set up mass-vaccination sites, with a goal of ramping up to 45,000 inoculations a day from a current daily average of only 12,000. Previously, Like most states, Washington had mostly planned to rely on hospitals and pharmacies to distribute the vaccine around the state. But its distribution numbers have lagged.

As of January 19, Washington had administered only about 45% of the vaccines it had received from the federal government. That ranks Washington No. 37 among all 50 states in terms of how much of the vaccine it has been allocated to date has actually gone into people's arms, according to the latest available data from the Centers for Disease Control and Prevention.