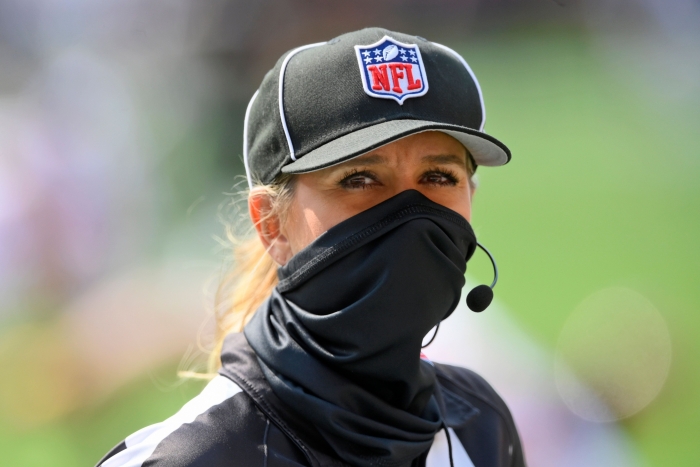 The NFL is making slow forward progress on gender equity.

For the first time in its 55-year history, Super Bowl LV this year will have a female referee: Sarah Thomas, who will work as a down judge, the NFL said Tuesday.

“Sarah Thomas has made history again as the first female...

The luxury sport-utility vehicle was moving fast along twisty Hawthorne Boulevard when its driver lost control, plowing into the center divider, smashing the “...

‘Some Team Has to Want Me’
OPINION

In Sunday’s Super Bowl, three of the four offensive and defensive coordinators—the highest-ranking assistant coaches on the field—will be Black. That their...

Before the Tampa Bay Buccaneers and Kansas City Chiefs meet in Super Bowl LV on Sunday, here is a look at their key personnel and how they measure up.

How Kelly Loeffler’s WNBA Team Became Her Most Passionate Opponent

Elizabeth Williams will say she doesn’t like conflict, that she isn’t usually political, but the photo from this summer looks a lot like a challenge. In it,...

Tiger Woods has rod inserted in right leg and is 'awake, responsive' after surgery...

Tiger Woods underwent emergency surgery Tuesday to repair significant damage to his right leg and ankle, his team said in a statement posted on his Twitter...

Were the Bidens Booed During Their Speech at the Super Bowl?
FACT CHECK

Canadian pop singer The Weeknd lit up a pandemic-restricted Super Bowl on Sunday with an upbeat performance of hits in front of a brightly lit cityscape...

Tiger Woods is recovering from surgery after suffering "significant orthopedic injuries to his lower right extremity," which were sustained in a Tuesday wreck...

The NBA is requiring that all teams play the national anthem before games "in keeping with longstanding league policy," just one day after Dallas Mavericks...

Tokyo Olympics set to proceed 'regardless' of COVID-19 extent

Tokyo 2020 President Yoshiro Mori vowed to hold the Summer Olympics "regardless" of the extent of the coronavirus pandemic after rumors within the country...

Major League Baseball is suspending all political contributions in the wake of last week's invasion of the U.S. Capitol by a mob loyal to President Donald...