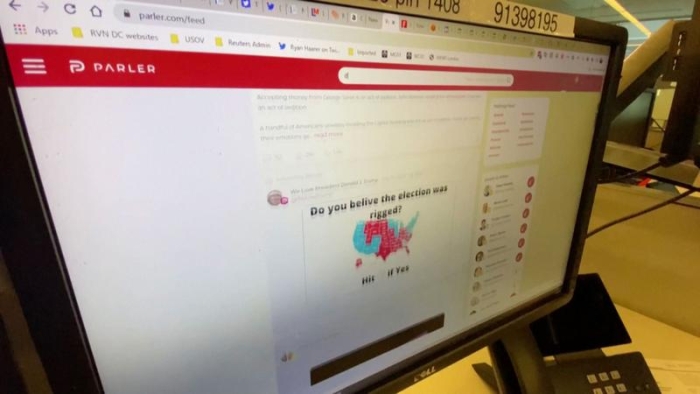 Parler, a social media website and app popular with the American far right, has partially returned online with the help of a Russian-owned technology company.

Parler vanished from the internet when dropped by Amazon Inc’s hosting arm and other partners for poor moderation after its users called for violence and posted videos glorifying the Jan. 6 attack on the U.S. Capitol.

On Monday, Parler’s website was reachable again, though only with a message from its chief executive saying he was working to restore functionality.

The internet protocol address it used...