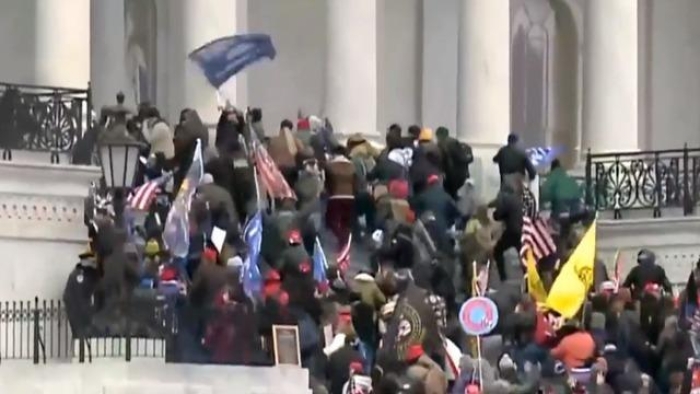 Alleged members of anti-government militia groups and a U.S. Army Reservist with alleged White supremacist beliefs are among the latest suspects charged in the U.S. Capitol attack as prosecutors probe rioters who used military-style tactics. Dozens of suspects are now facing federal and local charges in the January 6 assault that left five people dead.

New York's attorney general has announced no officers will be charged following an investigation into the death of Daniel Prude, a 41-year-old Black man who...

The Biden administration began its overhaul of Immigration and Customs Enforcement on Thursday by announcing that it will direct officers to focus primarily on...

“I Don’t Trust the People Above Me”: Riot Squad Cops Open Up About Disastrous Response to Capitol...

The riot squad defending the embattled entrance to the west side of the U.S. Capitol was surrounded by violence. Rioters had clambered up the scaffolding by...

The case against Amy Cooper, the woman who called the police to falsely accuse a Black birdwatcher of threatening her life in Central Park last May, was...

The U.S. Justice Department has charged more than 300 people with taking part in the deadly storming of the Capitol by former President Donald Trump’s...

Daniel Prude: No charges for US officers over 'spit-hood' death

New York police officers filmed restraining an unarmed black man until he stopped breathing will not be charged over his death, officials say. Daniel Prude...

President Joe Biden has cracked down on private prisons run by the Department of Justice, but his new executive order failed to address other private detention...

'Everything Has Been Criminalized,' Says Neil Gorsuch as He Pushes for Stronger Fourth...

In 2019, the California Court of Appeal, 1st Appellate District, ruled that a police offer may always enter a suspect's home without a warrant if the officer...

Illinois Gov. J.B. Pritzker signed a sweeping criminal justice and police reform measure into law on Feb. 22 that includes making the state the first in the...

A New York grand jury on Tuesday declined to indict the officers involved in the death of Daniel Prude, a black man who died from asphyxiation while in police...