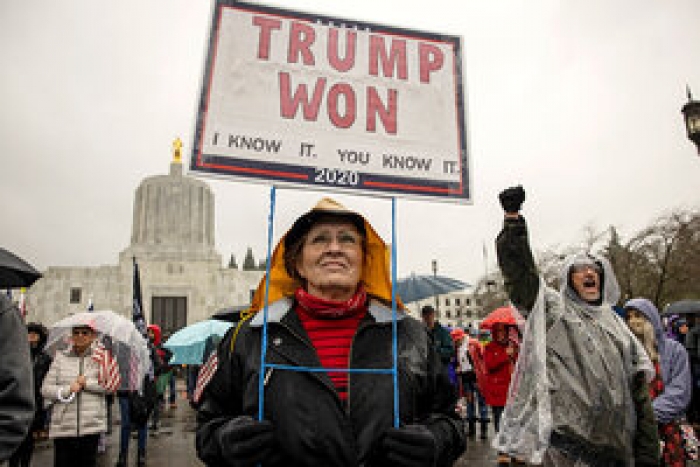 In the early morning hours of Nov. 4, 2020, President Donald Trump told possibly the most consequential falsehood of his life.

The lie was that he had been reelected by American voters to a second term, despite tens of millions of votes still outstanding and rapidly narrowing margins in key states such as Michigan and Pennsylvania.

The president had paved the way for this lie with others, saying for months that mail-in voting was rife with fraud...

NEWS
'It's not fair!' Capitol suspect who put feet on Pelosi's desk has court outburst
The Guardian

NEWS
There’s Only One Reason Democrats Are Turning On Cuomo, And It Isn’t A Noble One
The Federalist