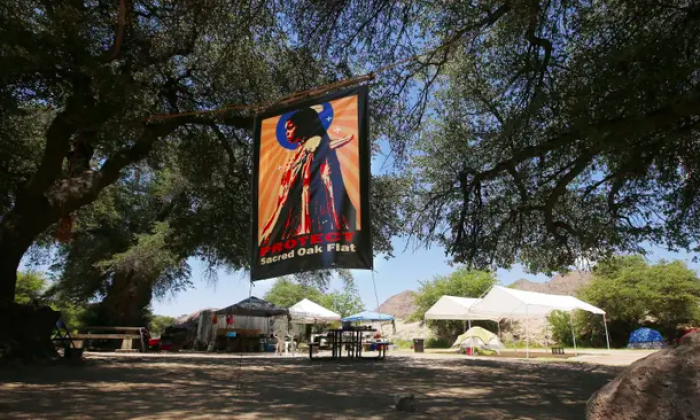 As one of its last acts, the Trump administration has set in motion the transfer of sacred Native American lands to a pair of Anglo-Australian mining conglomerates.

The 2,422-acre Arizona parcel called Oak Flat is of enormous significance to the Western Apache and is now on track for destruction by what is slated to be one of the largest copper mining operations in the United States.

A river used to run through it: how New Mexico handles a dwindling Rio Grande

Steps for the controversial land transfer from the US...

President Joe Biden on Friday restored an Obama-era calculation on the economic cost of greenhouse gases, a step that will make it easier for his agencies to...

A massive current system that runs deep throughout the vast Atlantic Ocean has an effect on temperatures, climate, sea levels and weather systems around the...

How far will Biden go to fix the climate crisis? Pay attention to this gas project
ANALYSIS

The largest U.S. oil refiners released tons of air pollutants into the skies over Texas this week, according to figures provided to the state, as one...

Sustainability In 2021: Everything Companies Should Know

The Covid-19 pandemic hit nearly every industry hard. Clean energy braced for a massive blow, but as the pandemic stretched on, the worst of the pain never...

'Massive failure': Why are millions of people in Texas still without power?
ANALYSIS

Power outages across Texas have left millions of people in the dark and bitter cold this week amid an unprecedented winter storm that buried the state in snow...

House Republicans held a summit this past weekend in Salt Lake City, Utah, to discuss how to position themselves to address climate change in the new Congress...