US Military, Middle East, Afghanistan, National Defense
Save for Later
From The Right 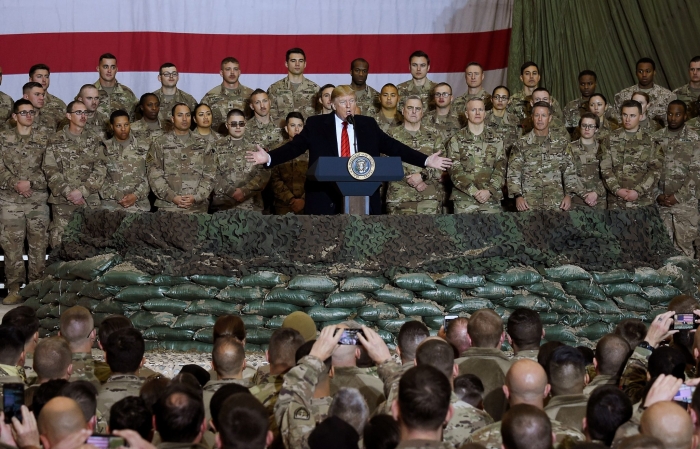 The U.S. has reduced the number of U.S troops in Afghanistan to 2,500, the Pentagon announced Friday.

Hours before Trump’s announcement, national security adviser Robert O’Brien said the U.S. would reduce the current 4,500 troops in Afghanistan to 2,500 by early next year. It’s not the full withdrawal that Trump promised, but it is the lowest level of American forces in Afghanistan since 2001.

“Today, the United States is closer than ever to ending nearly two decades of war and welcoming in an Afghan-owned, Afghan-led peace process to achieve a political settlement and a permanent and comprehensive ceasefire,” the acting secretary of defense, Christopher Miller, said in a written statements. “Moving forward, while the Department continues with planning capable of further reducing U.S. troop levels to zero by May of 2021, any such future drawdowns remain conditions-based.”

AllSides Media Bias Rating: Lean Right
You agree.
Thank you! Community votes alone don't determine our ratings, but are valuable feedback and can prompt us to do more research.
102244/81782