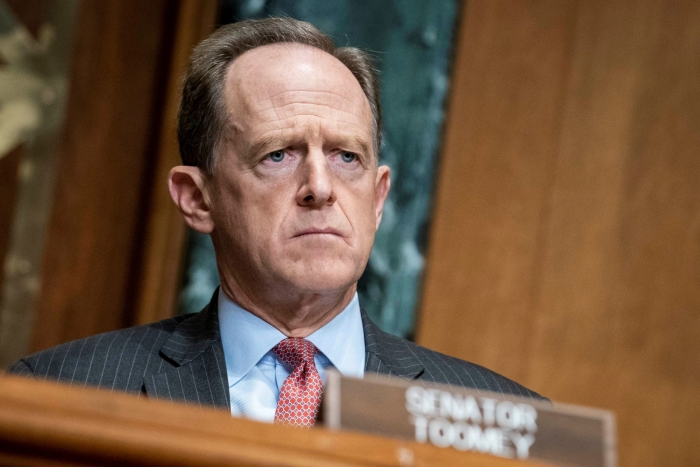 “In less than one year, Congress has spent $3.4 trillion on direct COVID relief aid and nearly doubled the entire federal budget,” Toomey said in a statement he released on Friday.

He continued, “Blasting out another $2 trillion in borrowed or printed money – when the ink on December’s $1 trillion aid bill is barely dry and much of the money is not yet spent – would be a colossal waste and economically harmful.”

The Most Likely Timeline for Life to Return to Normal
ANALYSIS

The end of the coronavirus pandemic is on the horizon at last, but the timeline for actually getting there feels like it shifts daily, with updates about viral...

President Joe Biden revoked on Wednesday a Trump-era order that temporarily banned green cards for certain groups of people outside the United States, the...

Throughout the pandemic, there has been perhaps nowhere more dangerous than a nursing home. The coronavirus has raced through some 31,000 long-term care...

Documents released by the Food and Drug Administration on Wednesday indicate that Johnson...

Amid COVID-19 pandemic, flu has disappeared in the US

February is usually the peak of flu season, with doctors’ offices and hospitals packed with suffering patients. But not this year. Flu has virtually...

The first big real-world study of the Pfizer/BioNTech vaccine to be independently reviewed shows the shot is highly effective at preventing COVID-19, in a...

The U.S. Food and Drug Administration found that a Johnson...

House to vote on $1.9 trillion COVID plan Friday — with or without GOP backing

House Democrats will move forward with a vote Friday on President Biden’s $1.9 trillion COVID-19 relief package, regardless of if they are able to sway any...

No industry in New York City has been hit as hard by Covid-19 as theater, and no industry is said to be as vital to the city’s recovery. But the much-heralded...

Despite Starkly Different COVID-19 Policies, the U.S. and the U.K. Saw Similar Drops in Cases...
ANALYSIS

Newly identified COVID-19 cases have fallen dramatically in both the United States and the United Kingdom since early-to-mid January, notwithstanding...