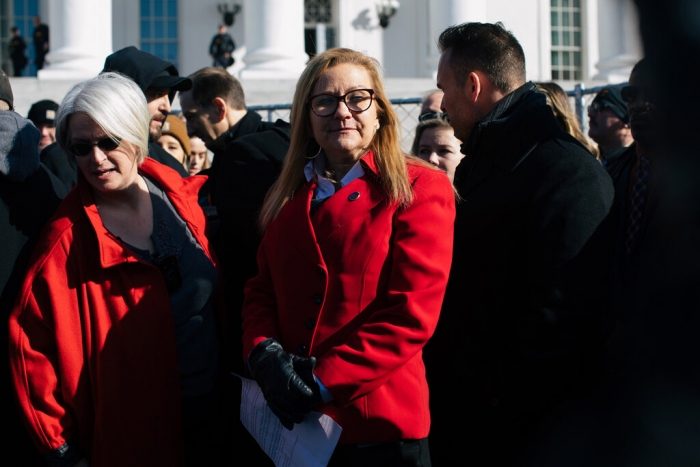 In Cleveland County, Okla., the chairman of the local Republican Party openly wondered “why violence is unacceptable,” just hours before a mob stormed the U.S. Capitol last week. “What the crap do you think the American revolution was?” he posted on Facebook. “A game of friggin pattycake?”

NEWS
GOP poised for huge gains in Florida redistricting: 'If you thought it couldn't get worse for Dems...it can'
Washington Examiner

NEWS
Nod or blunder? No CPAC 2021 apology for a stage shaped like a white supremacist symbol
Guest Writer - Center

Nod or blunder? No CPAC 2021 apology for a stage shaped like a white supremacist symbol
OPINION

It’s been said that you should never attribute to malice what can be explained by stupidity. Applying this maxim to the Conservative Political Action...

Justice Brett Kavanaugh dismayed conservatives this week when he cast what appears to be the deciding vote preventing the Supreme Court from taking up pro-...

The war between former President Trump and Senate Minority Leader Mitch McConnell (R-Ky.) is likely to turn into a battle over money as Republican donors will...

GOP poised for huge gains in Florida redistricting: 'If you thought it couldn't get worse...

Republicans could be poised for massive gains in the state of Florida thanks to the upcoming redistricting process that the GOP is set to control in the state...

CPAC Is Still Trump’s, But Something Has Changed
OPINION

In February 2017, I attended my first Conservative Political Action Conference (CPAC). Donald Trump was fresh off a stunning victory in the 2016 presidential...

Trump Mulls White House Bid in CPAC Speech: ‘I May Even Decide to Beat Them for the Third Time’

Former President Donald Trump delivered his first major speech after leaving office, charting a path forward for the Republican Party and conservatives but...

Trump ‘Planning for the Next Administration’: Former Chief of Staff Mark Meadows

Mark Meadows, the chief of staff of former President Donald Trump, said that they will be moving forward with the “America First” agenda and that he’s “...