The Arctic Ocean Is Teeming With Microfibers From Clothes

Water and Oceans, Climate Change, Environment, Pollution
Save for Later
From The Center 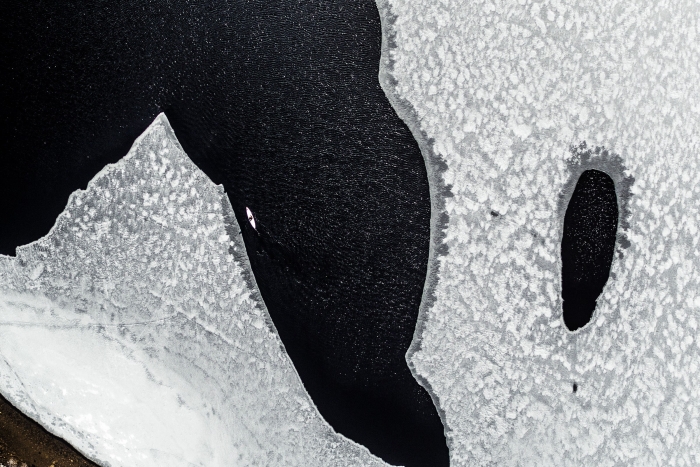 THROW A POLYESTER sweater in the washing machine and it’ll come out nice and clean, but also not quite its whole self. As it rinses, millions of synthetic fibers will shake loose and wash out with the waste water, which then flows to a treatment plant. Each year, a single facility might pump 21 billion of these microfibers out to sea, where they swirl in currents, settle in sediments, and end up as fish food, with untold ecological consequences.

Everywhere scientists look in the world’s oceans, they’re finding microfibers, technically a subcategory of microplastics, which are defined as particles less than 5 millimeters long. And now, after making four expeditions across the Arctic Ocean, a team of scientists is reporting just how badly even these remote waters have been tainted. Sampling as deep as 1,000 meters, they found an average of 40 microplastic particles per cubic meter of water, 92 percent of which were microfibers. Nearly three-quarters of these were polyester, strong evidence that humanity’s addiction to synthetic clothing is corrupting Earth’s oceans.

Read full story
Some content from this outlet may be limited or behind a paywall.
Water and Oceans, Climate Change, Environment, Pollution