State Department, Donald Trump, Capitol Chaos
Save for Later
From The Center 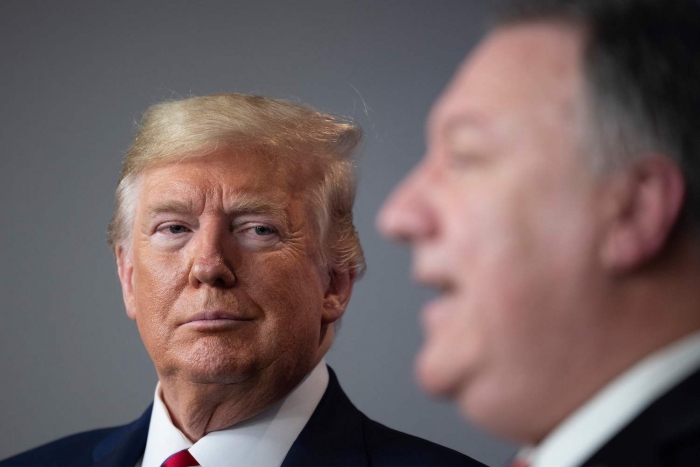 Career officials at the State Department filed a second unprecedented dissent cable condemning President Donald Trump for inciting the violent mob that stormed the U.S. Capitol on Jan. 6 and urging top administration officials to consider invoking the 25th Amendment to remove him from office.

The dissent cable is the second such cable sent to Secretary of State Mike Pompeo this week, reflecting widespread shock and anger in the diplomatic corps at Trump’s actions and Pompeo’s own response to the political crisis. The protest against the sitting U.S. president by American diplomats is largely unparalleled in the department’s nearly 232-year-long history.

Read full story
Some content from this outlet may be limited or behind a paywall.
State Department, Donald Trump, Capitol Chaos