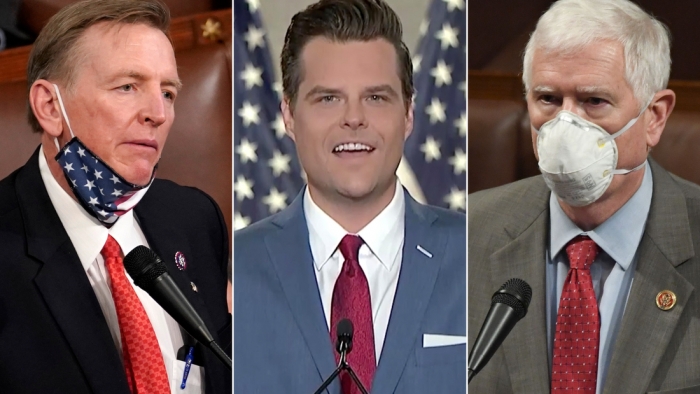 In the wake of pro-Trump supporters storming the Capitol Wednesday, several Republican allies of the President are attempting to shift blame to supposed left-wing activists, namely Antifa.

Reps. Mo Brooks, Paul Gosar and Matt Gaetz have all promoted the idea that left-wing extremist group Antifa snuck in with Trump supporters during Wednesday's rally to provoke the mob.

NEWS
Does a Video Show National Guard Troops Turning Their Back on Joe Biden?
The Dispatch

Biden made a lot of promises about race. Can he keep them?

When Joe Biden won the U.S. presidency, he thanked African Americans for delivering him a victory — and he said that it was now his turn to deliver for them...

In the first few days of his 2021 term, U.S. President Joe Biden was quick to issue nearly a dozen executive orders aimed at reversing many of the policies of...