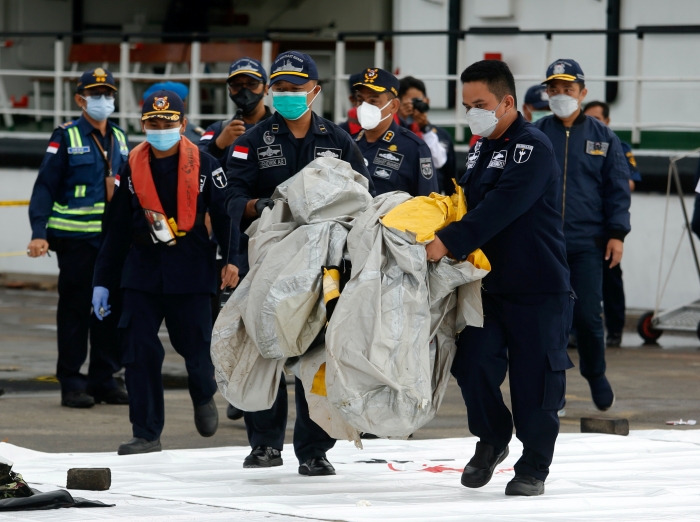 Indonesian rescuers pulled out body parts, pieces of clothing and scraps of metal from the Java Sea early on Sunday morning, a day after a Boeing 737-500 with 62 people onboard crashed shortly after takeoff from Jakarta, officials said.

Officials were hopeful they were honing in on the wreckage of Sriwijaya Air Flight 182 after sonar equipment detected a signal from the aircraft.

HEADLINE ROUNDUP
US Launches Airstrike Against Iranian-Backed Militia In Syria

Pope Francis is visiting Iraq to meet with Ayatollah Sistani. Here's why it's a historic...
ANALYSIS

Pope Francis begins his first overseas trip since the coronavirus outbreak Friday. Of all the places he could travel to, he chose Iraq. The pilgrimage to...

Biden meets with Mexican president amid growing pressure on immigration

India has announced new regulations for social networks and other web services in the country, particularly “significant social media” companies with large...

Amazon Workers’ Fight To Unionize Draws Help From Around The World

Roughly a hundred organizers have been calling workers from Amazon’s Bessemer, Alabama, warehouse in recent weeks, making the case for why they should unionize...

Protesters back on Myanmar streets after night raids by security forces

Tens of thousands of people came out on the streets in Myanmar on Sunday to demonstrate against last month’s coup despite overnight raids by security forces in...

President Joe Biden has begun staffing up his White House with experts to deal with renewed volatility in the Middle East, even as the administration looks to...

A swarm of earthquakes shakes Iceland. Are volcanic eruptions next?

For the past 800 years, the picturesque Reykjanes Peninsula in Iceland’s southwestern corner has been relatively quiet. But 15 months ago, there was an...

Around the world, journalists are being targeted at record levels by despots, eager to silence the press. Why it matters: Experts worry that the United...

A Paris court found French former President Nicolas Sarkozy guilty of corruption and influence peddling on Monday and sentenced him to a year in prison. He can...

Report: China Was Only Major Economic Power to Increase Pollution in 2020

Democracies are going to have to do better at exercising their core liberal values to prove their worth and win back support. Not that it's surprising after...

A Nigerian state governor announced on Tuesday that hundreds of girls who were kidnapped last week from a boarding school have been freed. The Associated...

President Biden is set to meet with Mexican President Manuel López Obrador Monday afternoon amid the migrant crisis and as the new administration has taken...