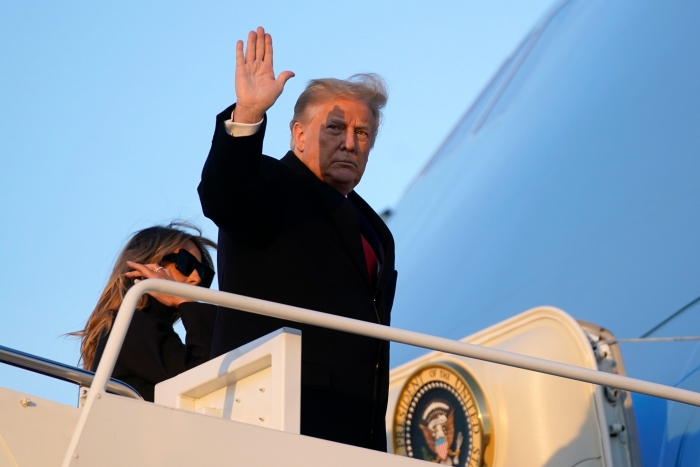 The Labor Department has suspended enforcement of Donald Trump’s executive order restricting diversity training by government agencies and contractors that the president labeled "divisive" and "un-American” after a federal court judge blocked it.

Late last month U.S. District Judge Beth Labson Freeman granted a preliminary nationwide injunction in a lawsuit filed by LGBT rights groups in the Northern District of California, saying the groups were likely to prevail on their First Amendment claims.

NEWS
This Congress is the most diverse ever. But Hill staffers remain overwhelmingly white.
Politico

With Free Medical Clinics and Patient Advocacy, the Black Panthers Created a Legacy in Community...
ANALYSIS

In the first minutes of the new film Judas and the Black Messiah, released Feb. 12, it shows archival footage of the free ambulance service started by the...

Over the last century, as photography as a medium grew in popularity and decreased in price, people from every walk of life picked up cameras to document their...

Already hit hard by pandemic, Black and Hispanic communities suffer the blows of an unforgiving...

Neighborhoods across the state — some lined with million dollar homes, others by more modest dwellings — went cold and dark for days as Texas struggled to keep...

Black History Month 2021 might be one of the most consequential of its celebrations in its nearly century-long history. After an insurrection at the U.S....

The chief of the Cherokee Nation has asked Jeep to stop using the tribe's name on its SUVs. In a statement to Car and Driver, Chuck Hoskin, Jr., principal...

San Francisco has made a stunning about-face, walking back a controversial decision to scrub 44 “racist” names from its schools — including George Washington...

A staffer at Smith College has resigned, publishing a letter accusing the elite women’s university of creating a “racially hostile environment” against white...

As the nation continues to deal with racial injustice, February provides us with the opportunity to celebrate the many Black Americans who have shaped our...