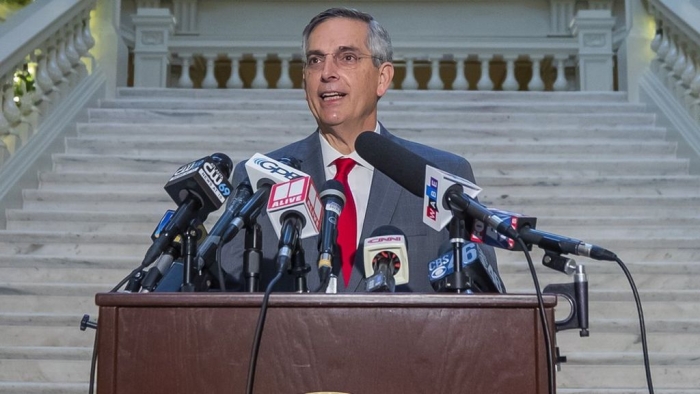 Mr Raffensperger's comment came after Mr Trump pressured him in a phone call to "find" votes proving his win.

Criticism of Mr Trump's call has been widespread, with some claiming that it amounts to illegal vote tampering.

Republicans fear that the call could undermine their efforts to win two Senate races in Georgia on Tuesday.

If Republicans win both Georgia Senate seats in the run-off election, they...

NEWS
Did Evangelical Leaders Pray Over the Golden Trump Statue at CPAC?
The Dispatch

NEWS
Trump teases 2024 run in CPAC remarks, as he looks to keep his grip on GOP
Politico

Trump teases 2024 run in CPAC remarks, as he looks to keep his grip on GOP

Donald Trump still has grievances to air — and a Republican Party eager to bask in his indignation. In his first major address since leaving office, Trump...

McConnell says he would 'absolutely' support Trump as 2024 nominee

In light of the ongoing assault on the legitimacy and integrity of U.S. elections, the timing of Tuesday’s Supreme Court oral arguments in Brnovich v. DNC is...

CPAC Is Still Trump’s, But Something Has Changed
OPINION

In February 2017, I attended my first Conservative Political Action Conference (CPAC). Donald Trump was fresh off a stunning victory in the 2016 presidential...