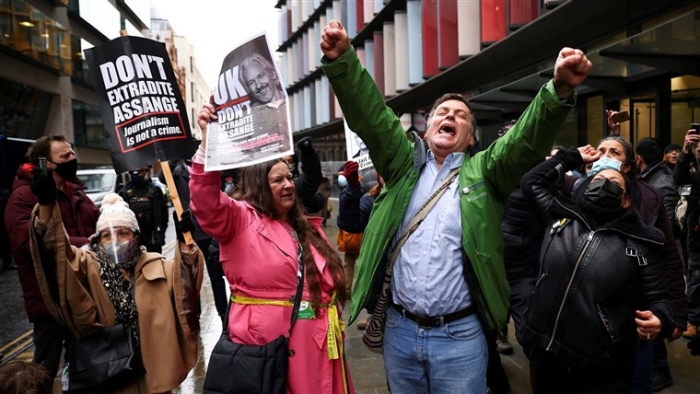 WikiLeaks founder Julian Assange cannot be legally extradited to the United States to face espionage charges because of concerns over his fragile mental health and the risk of suicide, a British court ruled Monday.

Lawyers acting on behalf of the U.S. government have already said they will appeal.

District Judge Vanessa Baraitser delivered her decision at London's Old Bailey court in a case that has pitted national security against freedom of expression. A crowd of reporters gathered outside as a small group of supporters chanted "Free Julian Assange."