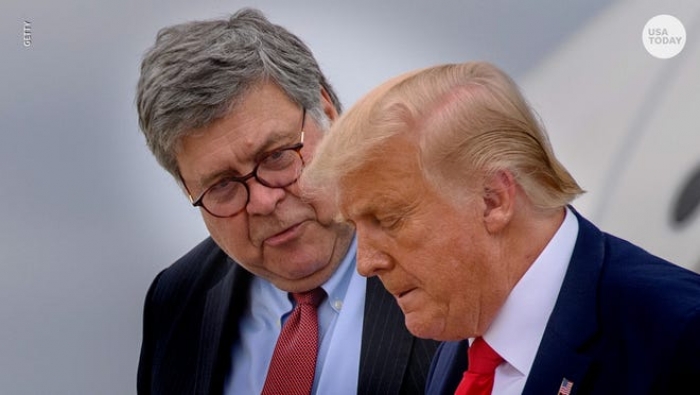 Barr, who is set leave office Wednesday, said he had no intention of making such appointments, even as President Donald Trump has weighed such actions.

The attorney general also said there was "no basis" for seizing voting machines to investigate unsubstantiated allegations of fraud.

In the case of Hunter Biden, Barr said that the tax inquiry involving President-elect Joe Biden's son's was being handled "responsibly...

Athletes have taken social stands before. Why this time is different.
ANALYSIS

In a contest that was coming down to the wire, it was only natural to turn to an athlete who was famous for coming through in the clutch. The competition was...