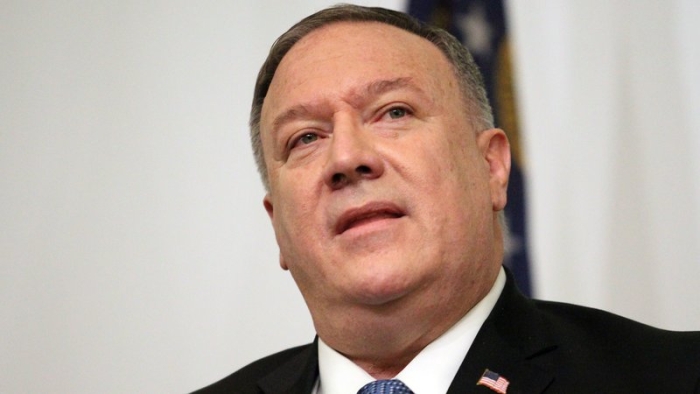 Since news of the SolarWinds hack surfaced nearly a week ago, high-ranking Trump administration officials had remained largely silent about the cyberattack that involved at least half a dozen federal agencies. On Friday, Secretary of State Mike Pompeo broke that silence, becoming the most prominent administration official to blame Russia for the attack.

"This was a very significant effort," Pompeo told the The Mark Levin Show, "and I think it's the case that now we can say pretty clearly that it was the Russians that engaged in this activity."

NEWS
How Should the U.S. Respond to Russia’s Cyberattack?
Slate

THE HACKING CAMPAIGN that infected numerous government agencies and tech companies with malicious SolarWinds software has also infected more than a dozen...

In the wake of a massive, potentially catastrophic hack that is reportedly affecting numerous federal agencies and large US corporations (the scope of the...

The US government continues to reel from a large and sophisticated hacking campaign that affected top federal agencies, including the energy department, the...

Our Lack of Digital Defenses Is an Emergency
OPINION

A recent story from Florida should direct policymakers’ attention to a glaring strategic problem in American defense. In the city of Oldsmar, a small community...

How should the U.S. respond to the massive Russia-linked hack?

Hackers believed to be connected to the Russian government breached the computer networks of both the private sector and some of the top agencies in the United...

Microsoft says it found malicious software in its systems

Microsoft Corp said on Thursday it found malicious software in its systems related to a massive hacking campaign disclosed by U.S. officials this week, adding...

Recent political turmoil has driven a stampede of smartphone users to encrypted messaging services, so much so that service providers are having a hard time...

Two-thirds of Americans are unconcerned personal Internet-connected devices could be recording them in some way, according a survey by the website Safety.com...

Hackers have reportedly breached the U.S. government agency responsible for maintaining the nation’s stockpile of nuclear weapons, according to news reports...