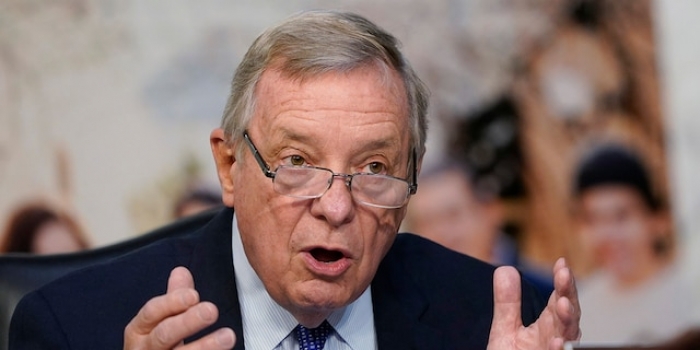 Democratic Sen. Dick Durbin of Illinois called the alleged Russian-backed hack of government agencies and corporations "virtually a declaration of war," according to a report.

"We need an honest reset in terms of relationships between the United States and Russia," Durbin told CNN on Wednesday.

"We can’t be buddies with Vladimir Putin and have him at the same time making this kind of cyberattack on America. This is virtually a declaration of war by Russia on the United States, and we should take it that seriously," the minority whip added.

NEWS
Tech Censorship Is the Real Gift to Putin
Bloomberg

A Moscow court has jailed Putin critic Alexei Navalny for three-and-a-half years for violating the conditions of a suspended sentence. He has been in...

“Riot police broke up protests across Russia on Sunday in support of Kremlin critic Alexei Navalny, detaining more than 5,000 people… Navalny, 44, was arrested...

US President Joe Biden has warned Russian counterpart Vladimir Putin about election meddling in their first call, the White House says. The conversation on...