In the Wealthiest Country in History, Americans Are Desperately Struggling With Hunger

Food, Hunger, Inequality, banking and finance
Save for Later
From The Left 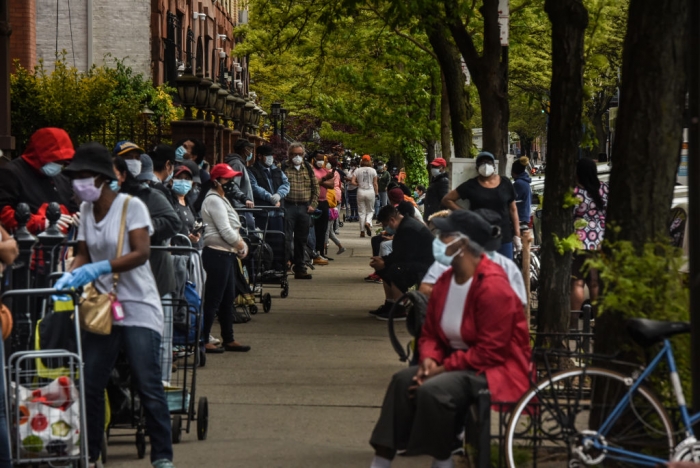 For a few short weeks last spring, it seemed like the tectonic plates of America’s political consensus could be about to shift. Amid talk of massive public spending, enhanced support for the unemployed, and even the conscription of private industry under the Defense Production Act, it momentarily appeared that the pandemic might at least put a dent in decades of bipartisan aversion to social democracy and activist government.

Following an initial burst of activity, of course, Washington’s chronic addiction to markets and hostility to social welfare provisions soon returned, with resurgent spikes in COVID cases and lockdowns doing little to shake Beltway elites into a renewed sense of urgency. Amid continued economic turmoil, Americans haven’t received direct cash aid since a wave of $1,200 checks went out last spring. Enhanced unemployment benefits, which saved countless people from careering over a financial cliff, were quickly scaled back as senior Democrats and Republicans alike mused that they might make it harder for employers to hire. As Congress continues a series of fraught and tedious deliberations almost certain to yield an inadequate level of aid, both a federal moratorium on evictions and remaining unemployment assistance for 12 million people are set to expire by year’s end.

Read full story
Some content from this outlet may be limited or behind a paywall.
Food, Hunger, Inequality, banking and finance