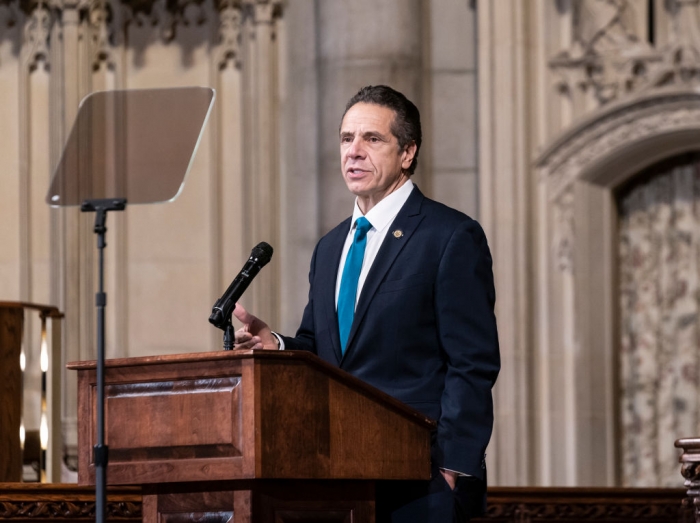 Rep. Elise Stefanik (R-NY) called for an investigation into sexual harassment and other claims against Democratic New York Gov. Andrew Cuomo on Monday.

After one of Cuomo’s former aides accused him of sexual harassment and verbal abuse earlier this week, Stefanik said that Cuomo’s own calls for investigation into public figures accused of similar acts should be applied to him, as well.

“Yes, @NYGovCuomo sexually harassed me for years. Many saw it, and watched.” So said Lindsey Boylan, a candidate for Manhattan borough president and former...

Will Trump’s Accusers Finally Get Their Day in Court?
OPINION

One chilly afternoon in November 2019, a process server stepped through the gold-rimmed doors of Trump Tower on New York’s Fifth Avenue to deliver a copy of an...

Former Cuomo aide accuses governor of kissing her without permission

A former aide to New York Gov. Andrew Cuomo on Wednesday accused the governor of kissing her without her consent while she served as deputy secretary for...

Republican strategist Karl Rove said Monday he had been aware of allegations of sexual impropriety against The Lincoln Project co-founder John Weaver for more...

The prominent anti-Trump Lincoln Project has disavowed its co-founder John Weaver after several men accused him of sending them overtly sexual and unsolicited...

The Vatican’s report into ex-Cardinal Theodore McCarrick has raised uncomfortable questions the Holy See will have to confront going forward, chief among them...

New York Gov. Andrew Cuomo is denying allegations this week that he has used his position to belittle and bully critics and opponents, sexually harass an aide...

A former aide to New York Gov. Andrew Cuomo has accused the 63-year-old Democrat of several years of sexual harassment, detailing allegations she first made in...

In mid-December, a former adviser to Gov. Andrew Cuomo (D-NY) alleged that he had sexually harassed her while she worked for him. The woman, Lindsey Boylan...