How much does a few billion dollars get you in 2020?

Campaign Finance, finance, people and profit
Save for Later
From The Left 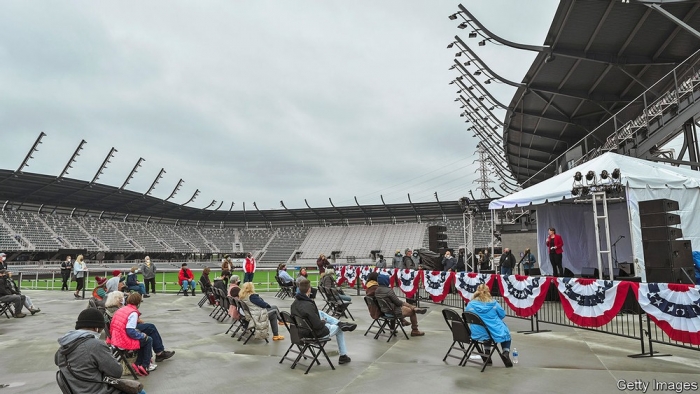 In the heady days before the elections on November 3rd, when Democrats dared to dream of unified control of Washington and a coming progressive remake of America, two especially optimistic indicators elicited particular giddiness. First, of course, were the horse-race polls showing Joe Biden ahead of President Donald Trump by nine or so percentage points. But there was also the money race, which Democrats were winning handily: Mr Biden’s campaign raised $952m, or nearly 60% more than Mr Trump’s campaign, described by reporters as a profligate operation limping cash-strapped into November.

Read full story
Some content from this outlet may be limited or behind a paywall.
Campaign Finance, finance, people and profit

See full media bias rating for The Economist
Learn about AllSides Media Bias Ratings
Related Coverage on AllSides
TOPIC PAGE
Campaign Finance
Find balanced information and learn how the Left, Right and Center think differently about this topic.
NEWS
The corruption behind the crash of 2008
The Fulcrum