Forbes Lists Harris, Pelosi, and Abrams Among Its ‘Most Powerful Women’ of the Year 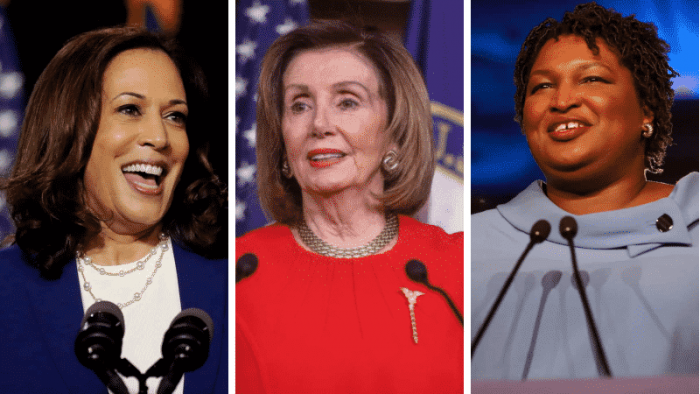 Forbes Magazine is releasing its list of the 100 “most powerful women” of 2020, and it includes some familiar faces.

This is the magazine’s 17th “annual power list” and includes women from 30 different countries, 10 heads of state, 38 CEOs, and five entertainers.

This list includes Vice President-elect Kamala Harris (D-Calif.) in the third spot, below German Chancellor Angela Merkel, who has received the first place spot for the tenth consecutive year.

It highlighted Harris’ vice presidential debate with Vice President Mike Pence in October and noted that...

President Joe Biden is set to sign two executive orders on Monday which will establish the White House Gender Policy Council and address sexual violence in the...

The US added 379,000 jobs in February, signaling the recovery is finally gaining steam

The US economy added 379,000 jobs last month, far more than economists had expected, signaling the labor market recovery is finally gaining steam. The...

Three American Mothers, On The Brink

Eleven months, multiple breakdowns, one harrowing realization: They’ve got to get back up and do it all again tomorrow. This article is part of “The Primal...

President Biden will sign an executive order on Monday establishing the Gender Policy Council within the White House to focus on uplifting the rights of women...

Tennessee lawmakers proposed a bill that would allow biological fathers of an unborn child to prevent mothers from getting an abortion. The bill was...

In honor of International Women’s Day, allow me to quote the statement made by Vladimir Lenin, who presided over the first official March 8th celebration of...

President Joe Biden will sign two more executive orders on Monday to mark International Women’s Day with a focus on “gender equality.” The president will...

Economy beat expectations with 379,000 jobs in February, led by rebound at restaurants and bars

The economy added 379,000 jobs in February and unemployment ticked down to 6.2%, the Bureau of Labor Statistics reported Friday, as the pandemic receded and...