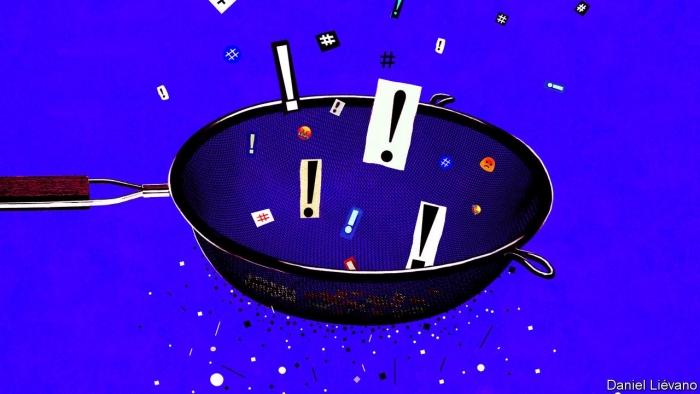 Within hours of the publication of a New York Post article on October 14th, Twitter users began receiving strange messages. If they tried to share the story—a dubious “exposé” of emails supposedly from the laptop of Hunter Biden, son of the Democratic presidential nominee—they were told that their tweet could not be sent, as the link had been identified as harmful. Many Facebook users were not seeing the story at all: the social network had demoted it in the news feed of its 2.7bn users while its fact-checkers reviewed it.

If the companies had hoped that by burying or blocking the story they would stop people from reading it, the bet did not pay off. The article ended up being the most-discussed story of the week on both platforms—and the second-most talked-about story was the fact that the social networks had tried to block it. The Post called it an act of modern totalitarianism, carried out “not [by] men in darkened cells driving screws under the fingernails of dissidents, but Silicon Valley dweebs.” Republican senators vowed to extract testimony on anticonservative bias from Mark Zuckerberg and Jack Dorsey, the dweebs-in-chief of, respectively, Facebook and Twitter.

Read full story
Some content from this outlet may be limited or behind a paywall.
Free Speech, online censorship, Social Media, Big Tech

Analysis
The threat from the illiberal left
The Economist

Analysis
Since Platform-by-Platform Censorship Doesn't Work, These Researchers Think, the Government Should Help 'Halt the Spread of Misinformation'
Reason