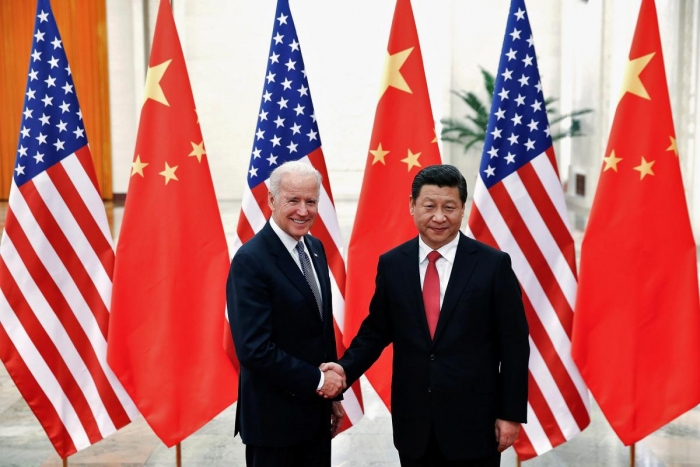 When U.S. President-elect Joe Biden takes the oath of office—likely masked and surrounded by socially distanced officials and family—he will look out on a country that many believe is in decline. The problems that propelled President Donald Trump to office, including a collapsing middle class and toxic internal divisions, remain. And Trump will bequeath new ills to his successor: a runaway pandemic, a struggling economy, burgeoning debt, a wounded democracy, and a diminished global reputation.

The Biden administration announced new penalties on Russia on Tuesday in response to the poisoning and jailing of Russian opposition leader Alexei Navalny, in...

Biden meets with Mexican president amid growing pressure on immigration

After insisting for the last few months that she didn’t need a clear-cut portfolio in the Biden administration, Vice President Kamala Harris is now trying to...

In his Feb. 4 foreign-policy address, U.S. President Joe Biden vowed to make human rights and multilateralism cornerstones of his approach to global affairs....

The United States on Tuesday imposed sanctions to punish Russia for what it described as Moscow’s attempt to poison opposition leader Alexei Navalny with a...

President Joe Biden begins his term with a majority of Americans having confidence in his ability to handle international affairs. In a new Pew Research Center...

Latin American Governments Are Caught in the Middle of the U.S.-China Tech War
ANALYSIS

For most policymakers in Latin America, the best way to react to growing geopolitical tensions between the United States and China is obvious: Stay neutral....

President Biden originally ordered two airstrikes in Syria last week, but called one off after learning just 30 minutes before the bombs were scheduled to drop...

US to sanction 7 senior Russian officials over Navalny poisoning

The Biden administration on Tuesday announced sanctions on several Russian officials and businesses in response to the poisoning and imprisonment of opposition...

President Biden is set to meet with Mexican President Manuel López Obrador Monday afternoon amid the migrant crisis and as the new administration has taken...

The Biden administration is poised to release a declassified version of an intelligence report that concludes that Saudi Crown Prince Mohammed bin Salman...