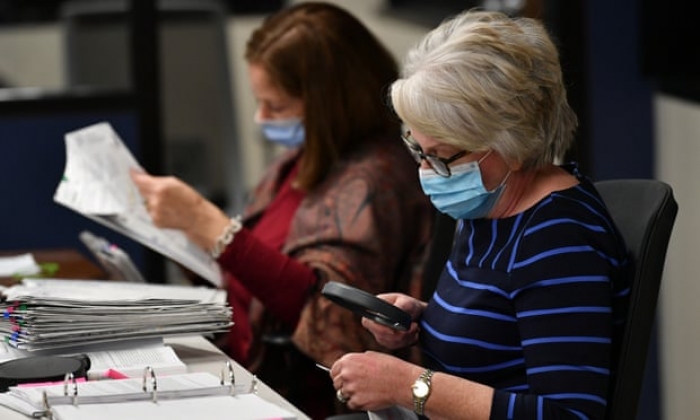 It is not clear yet whether US democracy “survived” the 2020 presidential election unscathed.

If Donald Trump’s playbook of seeking to undermine a legitimate election becomes standard Republican practice for future elections – refuse to concede, make false claims of fraud, fan the flames of conspiracy, sue everywhere and refuse to certify any win by the other side – then American democracy might already have sustained a fatal wound.

America's flawed democracy: the five key areas where it is failing
Read more
But Trump has not succeeded in...