GOP has to 'get back to policies and ideas': Rep. Denver Riggleman 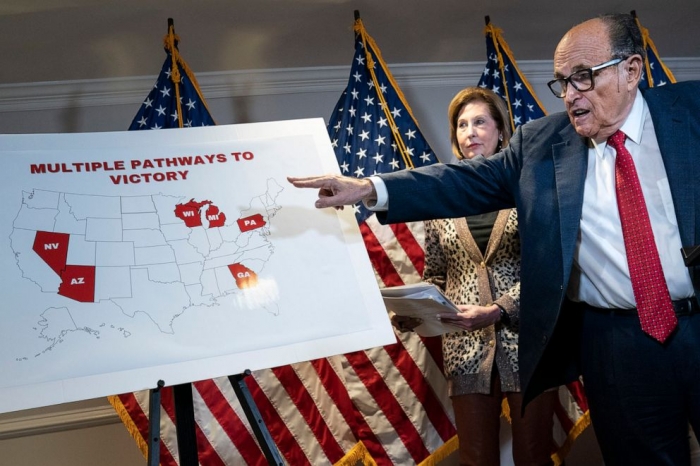 The Republican Party has to move back toward "policies and ideas" and away from conspiracy theories like those about the election, outgoing Rep. Denver Riggleman, R- Va., said on ABC News' "Powerhouse Politics" podcast.

Riggleman was one of the first Republicans to publicly accept Joe Biden as the president-elect and told ABC News Chief White House Correspondent Jonathan Karl and Political Director Rick Klein that fear of the base was keeping other elected officials from doing the same.

NEWS
Republicans in disarray: Where does the GOP go from here?
Yahoo! The 360

THE STORMING OF the U.S. Capitol on January 6 has brought to the fore a host of activists on the extreme right whose violent rhetoric helped to create the...

In Cleveland County, Okla., the chairman of the local Republican Party openly wondered “why violence is unacceptable,” just hours before a mob stormed the U.S...

Republicans in disarray: Where does the GOP go from here?

When President Trump exited the White House on Wednesday, he left behind a Republican Party reeling from a series of tough election defeats. Four year ago, the...

After Capitol attack, GOP grapples with its future
ANALYSIS

The Republican Party of Abraham Lincoln, Dwight Eisenhower, and Ronald Reagan is no more. In its place, a new GOP is emerging. But the journey has only...

There will be no Trump heir
ANALYSIS

Does Trump support transfer? This has been an open question since 2015. President Trump obviously inspires, uh, enthusiasm with a fervency not seen for...

"Goodbye. We love you. We will be back in some form," Donald Trump said at the end of his final speech as president of the United States. "Have a good life. We...

We have a new year and a new administration, but America’s crisis hasn’t yet passed. The dangerous forces unleashed over the past five years are still dominant...