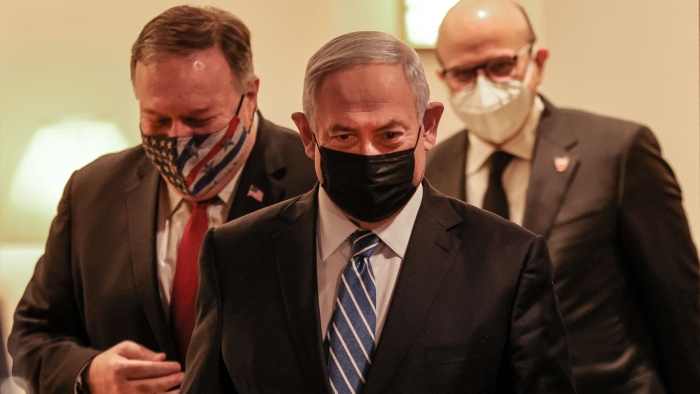 The latest: Saudi Foreign Minister Faisal bin Farhan on Monday denied the meeting took place — a signal that the Saudis may be unhappy with the leak or are at least trying to publicly distance themselves from the meeting. Netanyahu, on the other hand, has not denied the story.

WASHINGTON — The assassination of a senior Iranian nuclear scientist shocked Iran's leadership but will not derail the country's nuclear program, which has...

Iran's most senior nuclear scientist Mohsen Fakhrizadeh has been assassinated near the capital Tehran, the country's defence ministry has confirmed....

An American gift to the Afghan Taliban that portends more war and less peace? That is how President Donald Trump’s sudden decision this week to accelerate...

President Donald Trump asked advisors in the past week if he had military action options against Iran following recent reports of the country’s significant...

Mohsen Fahrizade, a top architect behind Iran's military nuclear program, referred to as the country's Robert Oppenheimer, was assassinated in Tehran in broad...

Prime Minister Benjamin Netanyahu went to Saudi Arabia on Sunday where he met with US Secretary of State Mike Pompeo and Crown Prince Mohammad bin Salman,...