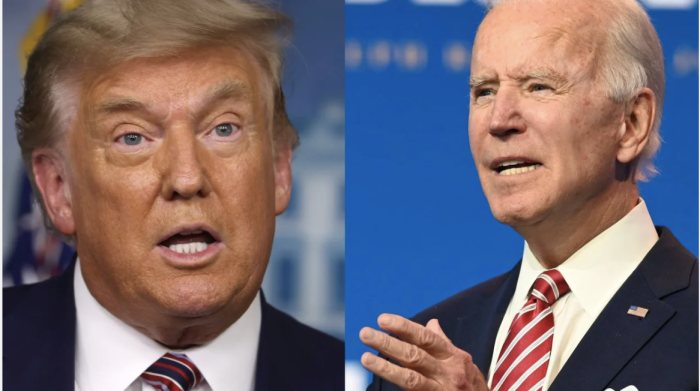 The General Services Administration said they would formally begin the transition of power to former Vice President Joe Biden and President Donald Trump immediately responded from his Twitter account.

Murphy, a Trump appointee, said in her letter that she had carefully considered her duty in making the decision to begin the transition process, and she denied that any official had tried to influence her decision.

NEWS
Biden’s Inauguration
The Flip Side

Sarah Huckabee Sanders is running for governor of Arkansas in the 2022 election, CBS News has confirmed. She announced her campaign in a video posted to her...

History suggests that Joe Biden and the Democrats are going to have a tough two years and a disaster in the midterms. Here’s their plan to avoid that. Joe...

No one expects soaring oratorical peaks from President Joe Biden. That’s not his natural style. Yet his inaugural address was a powerful statement because...

After Democrats won control of the House of Representatives in the 2018 midterm elections, they introduced and passed the For the People Act as H.R. 1 — the...

Republicans Can Agree to Disagree Over Democracy
OPINION

Less than six hours after rioters forced legislators to stop their debate over certifying the electors from Arizona on January 6, senators were back on the...

How does a 50-50 Senate work? Two leaders who tried it explain.
ANALYSIS

Party leaders in today’s 50-50 Senate are haggling over a power-sharing agreement, and that’s no surprise. Only twice in American history has the Senate had a...

President Biden will sign a pair of executive orders Friday to strengthen the federal safety net, boost economic relief and enhance worker protections, as the...

Democrats took control of the Senate on Wednesday when three new members of the party were sworn in, giving a boost to President Joe Biden’s ambitions in the...

Conservatives are in a good position. Those living within the 68 square miles surrounded by reality (otherwise known as Washington, D.C.) or in the depths of...

It’s an odd way to seek national unity: call a significant portion of the American public white supremacists, racists, and nativists. Welcome to the Biden...

Democrats Officially Have A Majority In The Senate, Three Senate Democrats Sworn In By Harris

Three Democrats were officially sworn in as U.S. Senators on Wednesday, hours after President Joe Biden’s inauguration, giving Democrats a majority in the...