Sidney Powell’s Status With the Trump Campaign Has Changed

Elections, Presidential Elections, 2020 Election, Sidney Powell, Lawsuits
Save for Later
From The Right 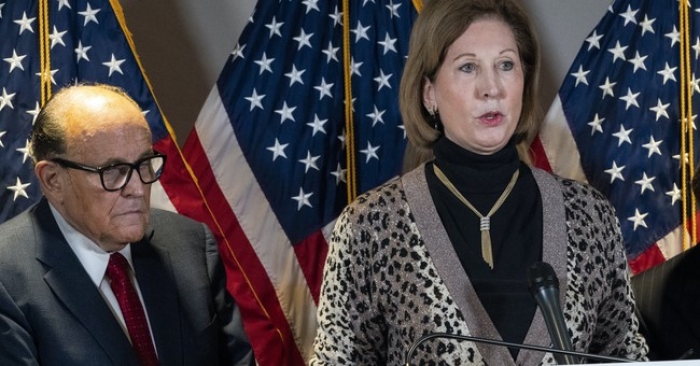 The Trump campaign has released a statement about the status of former federal prosecutor Sidney Powell.

“Sidney Powell is practicing law on her own. She is not a member of the Trump Legal Team. She is also not a lawyer for the President in his personal capacity,” Trump Campaign Attorney Rudy Giuliani and Senior Legal Adviser Jenna Ellis said.

Why Powell’s status as an attorney for the campaign has changed is unclear. Details about her departure, and whether she was fired, were not provided.

Read full story
Some content from this outlet may be limited or behind a paywall.
Elections, Presidential Elections, 2020 Election, Sidney Powell, Lawsuits

Cheney Loses and Other Takeaways From Tuesday's Primaries
PERSPECTIVES BLOG