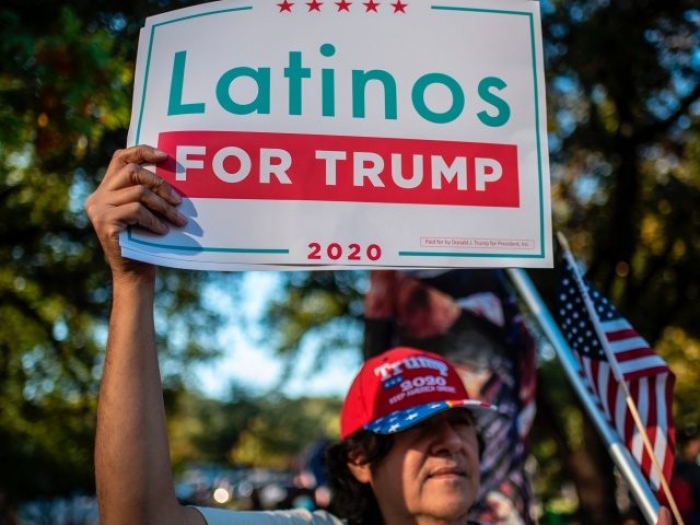 President Trump’s message on the 2020 presidential campaign trail — focused on the defense of law enforcement and the working class, and against globalization — resonated massively with the nation’s growing Hispanic American population.

Election data reviewed by Politico reveals that in 78 of the nation’s 100 majority-Hispanic counties across the United States, Trump improved his margins compared to the 2016 presidential election. Trump also improved his margins with Hispanic Americans “in exit polls of each of the top 10 battleground states,” Politico reports.

Democrats are more likely than Republicans to have heard of QAnon

WHO INSPIRED the mayhem at America’s Capitol on January 6th? Donald Trump played his part, invigorating his supporters before the riot with a baseless claim...

Among the Insurrectionists
ANALYSIS

By the end of President Donald Trump’s crusade against American democracy—after a relentless deployment of propaganda, demagoguery, intimidation, and...

The U.S. Capitol Riot Was Years in the Making. Here's Why America Is So Divided
OPINION

There is no advanced industrial democracy in the world more politically divided, or politically dysfunctional, than the United States today. How did the world’...

Leaning against a fence near the stoop of the Georgia State Capitol, a man who goes by Nadir Xena and his friend Shadow call up to National Guardsmen standing...

Portland protesters unsure why they're protesting

People might imagine that if they found themselves amid a left-wing political rally, they might have some idea how they got there. That didn't seem to be...

The Fracturing Of America: A Weak Government, Complicit Media, And Radical Silicon Valley Might...
OPINION

Wednesday marked the four-year anniversary of the Capitol Inauguration Day riots. That day, cars were set ablaze, rioters blocked a bridge. There were well...