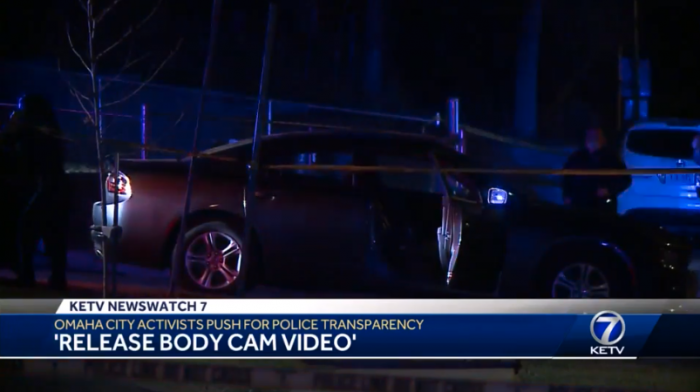 Activists in Omaha, Nebraska, are demanding the release of police body camera footage on Friday, a day after an officer fatally shot a 35-year-old Black man during a traffic stop.

In a statement, Omaha Police Chief Todd Schmaderer said two officers on Thursday night noticed Kenneth Jones was moving around in the backseat as they walked toward the vehicle, which had four people inside, and that he refused to put his hands outside the car windows or open his door.

HEADLINE ROUNDUP
Arrests Made in Portland and Seattle on Inauguration Day for Violence, Property Damage

Inside the Capitol Riot: What the Parler Videos Reveal
ANALYSIS

The man’s smartphone camera pans the crowd on the east side of the U.S. Capitol. It’s smaller than what had amassed on the west side, but still an impressive...

State capitals across the country are steeling themselves against possible attacks from violent pro-Trump mobs ahead of the presidential inauguration on Jan....

Police in Portland, Ore., and Seattle arrested more than a dozen people Wednesday after Inauguration Day protests led to the vandalizing of immigration offices...

Does the U.S. need a domestic terrorism law to fight extremism?

The deadly attack at the U.S. Capitol last week has revived an ongoing debate over whether federal law enforcement should be given more authority to fight...

Can Biden's inauguration be kept safe?

When President-elect Joe Biden is inaugurated on Wednesday, he’ll take the oath of office while standing on the very steps that were overrun by a violent mob...

Thousands of National Guard Troops to Remain in DC Through March

At least 5,000 National Guard members will remain in Washington through mid-March, a spokesman for the agency confirmed to The Epoch Times. “As we continue...

Sen. Chuck Grassley (R-IA) is prodding President Joe Biden to speak out and condemn the recent wave of protests and violence that has erupted in Portland,...